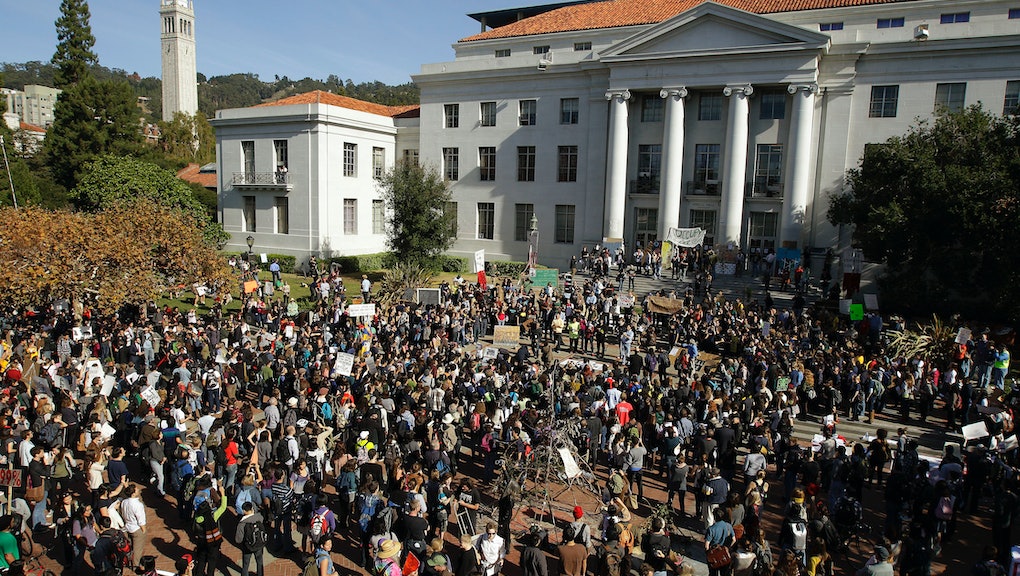 The Greek system at the University of California, Berkeley has voluntarily pledged to end all sorority and fraternity parties in the interests of student safety after reports emerged of "two sexual assaults last week at off-campus frat functions," the Associated Press reported on Saturday.

Interfraternity Council President Daniel Saedi, a senior at UC Berkeley, told the AP the party prohibition was "relatively unprecedented" but "we needed to take some time off and really assess our situation. These are grave acts of violence that are occurring."

The Berkeley Police Department is investigating both alleged rapes, according to the Mercury News.

The ban will extend indefinitely, but members of the campus Greek system will be meeting in one week to determine what course of action needs to be taken to craft new safety standards, including alcohol consumption.

UC Berkeley campus police recorded 22 rapes throughout 2015 in on-campus or student housing, and an additional four rapes off-campus, according to the AP.

However, a Justice Department report released in 2014 estimated only one out of five campus sexual assault victims report the crime to police, with commonly cited reasons including fear of reprisals from the perpetrator or others. Others said they did not report crimes for fear they would not be taken seriously, or because they said they lacked the support to do so.

According to the San Francisco Chronicle, total reports of sexual violence at UC Berkeley reported by students, staff and faculty have reached "80 incidents ... just since August, according to records. That's up from 70 reports during 2015, and 56 the year before." In recent years, the university has created a Survivor Support website and required all students to enroll in sexual assault prevention classes.