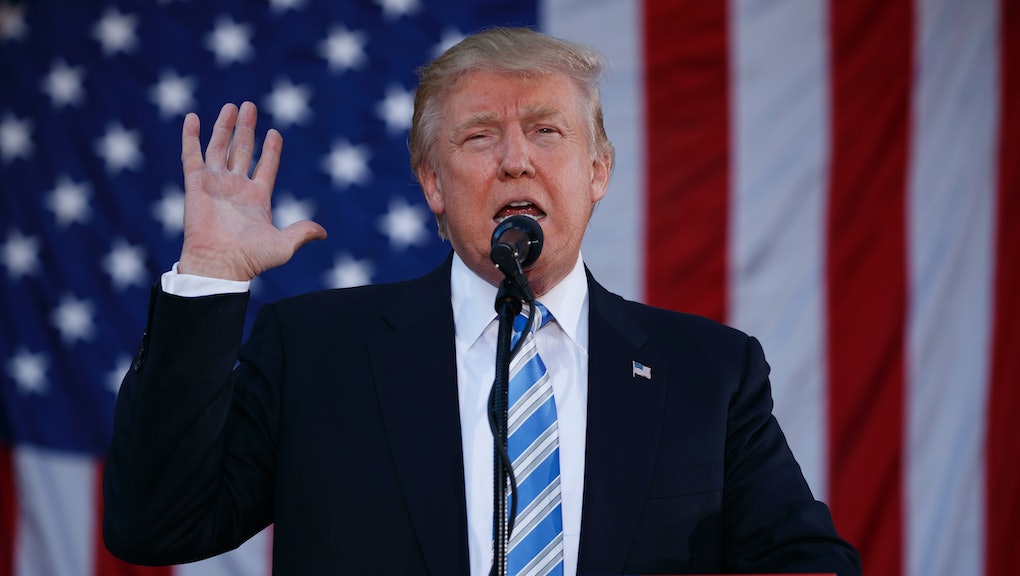 Republican presidential nominee Donald Trump won't be getting the endorsement of the GOP's most prominent LGBTQ advocacy group, the Log Cabin Republicans announced on Saturday.

The group released a statement saying although Trump is "perhaps the most pro-LGBT presidential nominee in the history of the Republican Party," they "have long emphasized that we are not a single-issue organization, nor are our members single-issue voters," reported CNN. Instead, the Log Cabin Republicans will focus on protecting the party's candidates in down-ballot races — an implicit acknowledgment the group believes Trump's political brand is now so toxic that he cannot win and is damaging other candidates' chances of gaining office.

While Trump's campaign has not denigrated the LGBTQ community as it has others including blacks, Latinos and Muslims, the Log Cabin Republicans noted the GOP's platform is nonetheless one of the most socially conservative the party has ever proposed. Earlier this year, the group took out advertisements calling the party's leadership "Losers! Morons! Sad!" for including anti-LGBTQ ideas in the platform, including continued opposition to gay marriage, trans rights and support for conversion therapy, a practice now denounced by most major medical organizations.

The Log Cabin Republicans left the door open to supporting a theoretical future President Trump if he commits to a more pro-LGBTQ agenda in office, but that electoral possibility seems to be fading fast.

Amid a long series of scandals including a 2005 video capturing Trump bragging about groping and kissing women without their consent, the GOP nominee has collapsed in the polls and has been abandoned by increasing numbers of fellow Republicans. Poll-tracking website FiveThirtyEight put the chances of his opponent, Democrat Hillary Clinton, winning the presidency at just shy of 84% as of Saturday evening in their polls-plus model.