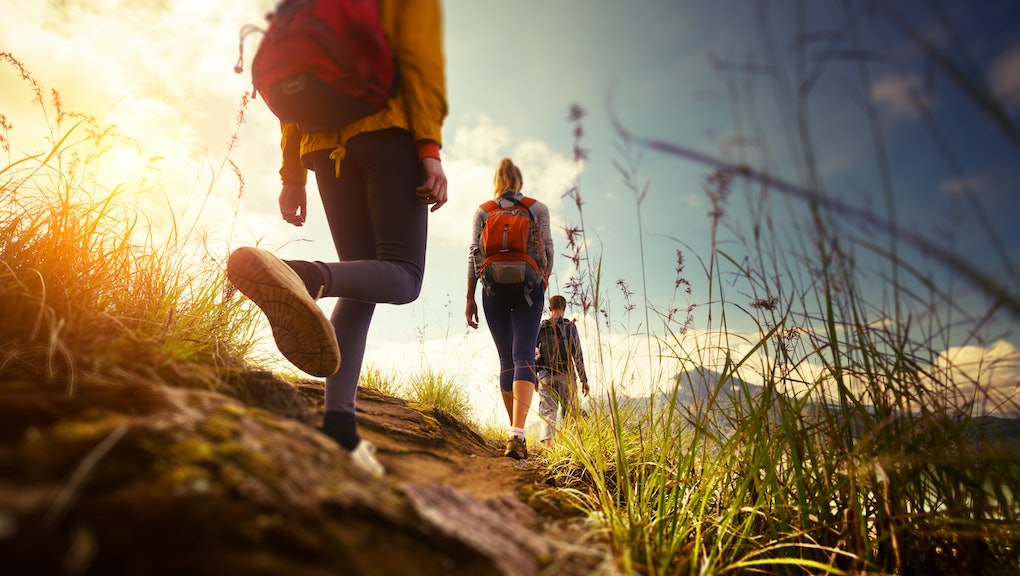 Retire Early: 3 crucial moves to get out of the rat race while you're still young

You've maybe run into them online: Digital nomads, who talk all about financial freedom and how retiring by 40 is within reach. There are at least dozens of blogs written by these extreme savers, who obsess over planning and foresight.

But what about the rest of us — who haven't been skipping dinners out, repairing our own homes, squirreling away coffee money or riding our bikes to work for the past decade?

Is there a chance for us to get off of the hamster wheel, catch up — and retire early too?

The short answer: Yes, but you have to work very hard, starting now. After all, the only failsafe way to retire early is by spending significantly less than you earn.

It's "the ONLY way," early retiree Pete Adeney wrote on his blog Mr. Money Mustache. "And the effects are surprising: If you can save 50% of your take-home pay starting at age 20, you'll be wealthy enough to retire by age 37."

Now, obviously the relevance of these numbers depends on your income — and whether you have others to support — and won't necessarily work out as well for everyone. (Whether or not he needs them, Adeney has acknowledged in interviews that he has the security of ongoing streams of income, even though he "retired" at 30).

But there is still hope for us regular folks: Here are three critical moves to make now if you want to leave the workforce before your peers.

Negotiate a raise early on to boost your life savings.

Nabbing a raise at a young age is critical to boosting your savings potential.

That's not just a big difference at 50: Over the course of that 20-year career, the higher-paid worker would have gotten more than $400,000 extra bucks total. And that doesn't even account for compounding, whereby the extra cash might earn interest or returns if invested each year.

Other measurements suggest that accepting a base offer and not negotiating it up could end up costing you more than $1 million over the course of your life.

During your salary negotiation, come correct.

In addition to being pleasant and not coming off as entitled, you should make sure to be clear (and quantitative, if possible) in describing your added value to the company. And structure your proposal so that you keep some extra "reasons you're valuable" on reserve, in case you get pushback.

After all, you need to be ready to hear "no" the first time around.

Save more — and smarter — while you're young.

There's really no way around it, unless you win the lottery or inherit a windfall: You need to do the hard work of saving.

The earlier you begin and the more systematically you do it, the better off you'll be: You can aim to stash away 15% of your income every year at a minimum if you want to retire early, but — yes — experts say late bloomers might want to save as much as half their cash.

If you don't have a workplace 401(k) retirement plan, don't worry — you have other options for places to put your nest egg that will save you on taxes and help your money grow faster.

Early retirement bloggers each have their own story about how they broke free. But they all involve setting a goal and working toward it.

Use a retirement calculator to figure out what, exactly, your savings goal should be.

Adeney wrote that to save the most out of every paycheck you need to see your current existence as an "exploding volcano of wastefulness."

For example, he suggested not only cutting the cord on your cable TV but nixing screen time altogether. Adeney also suggested buying the absolute cheapest car you can based on fuel economy and cargo space.

Those kind of extreme measures will get you where you want as quickly as possible. But watch out: If you cut too much, you could succumb to frugal fatigue, which can then lead to a spending binge, just like how restrictive diets can lead to overeating.

So think hard about sustainable changes. Try to cut out things you truly don't need, but don't cut out who you are.

Read up on tips about how to socialize, dress and buy cool tech like those who are not diligently stashing cash — for a fraction of the price.