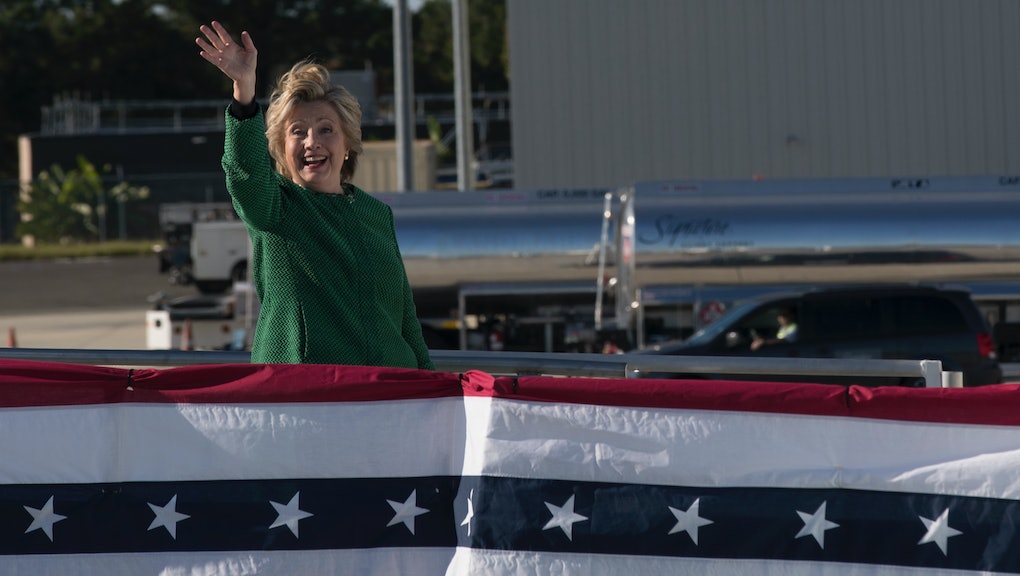 It has now been nearly five weeks since Hillary Clinton led Donald Trump by less than one percentage point in the RealClearPolitics average of polls. In that stretch, only five polls, four of which come from a poorly-rated pollster, have shown Trump with a lead. Several have given Clinton a double-digit national lead.

Overall, Clinton's lead has grown about five percentage points in the last several weeks to reach about six points nationally. In the four-way presidential race, Clinton now draws about 45% of voter support. The Democratic presidential nominee has about a 4-point lead in Florida and a more than 2-point lead in North Carolina.

In other key swing states, Clinton continues to hold substantial leads. Trump has a narrow path to victory: He likely must win Florida, North Carolina and Ohio, then pick-up electoral votes elsewhere. In several battlegrounds and states traditionally won by Republicans, like Arizona, Clinton holds the lead.

The latest polls continue to show a challenge for Trump with women. Recent Quinnipiac, Fox and CBS polls give Clinton a nearly double-digit lead over Trump among women. Barack Obama won women by 12 points in 2012.

Over the weekend, FiveThirtyEight's Nate Silver put Trump's chances in perspective. A candidate with Trump's 1-in-7 chance of victory would be expected to win one presidential election every 28 years. While Clinton's projected margin among voters of six or seven points is not locked in, the debate has pivoted to by how much Clinton will win, not whether she will win.