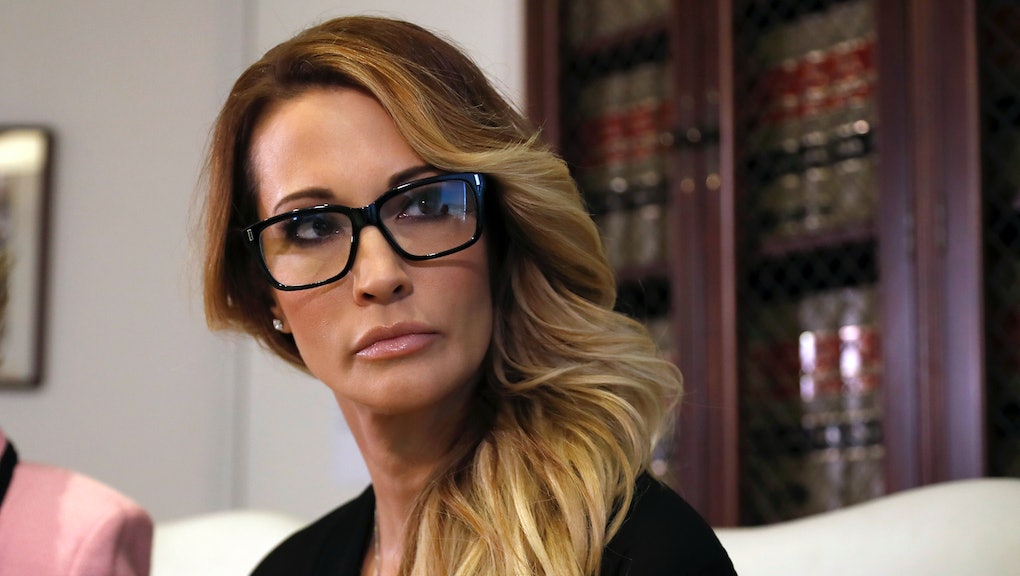 At a press conference on Saturday, Drake said Trump violated her and two other women when they visited his hotel suite a decade ago during a golf tournament in Lake Tahoe, California. Mic reached out to Drake for comment, but has not yet heard back.

"He grabbed each of us tightly, in a hug and kissed each one of us without asking permission," Drake told reporters. Nearly an hour after the women left Trump's room, she added, the candidate called Drake on the phone and asked her to return alone, offering to pay her $10,000.

As has become customary at this point, Trump responded to Drake's allegations on Monday by denying them outright, calling her account "made up" and "total fiction," according to CNN. Though, instead of simply calling the adult star a liar, the beleaguered candidate took it one step further: Trump insinuated he couldn't have abused Drake because she's a sex worker.

"There's the [view] that [sexual assault] 'can't' happen to a sex worker," Kayden Kross, who works in the adult film industry, said in an interview with Mic at the 2016 Adult Video News Expo. "Regardless of what your sexual history is, you get to say no, and [the other] person has to listen — and if they don't, that's a criminal activity."

Drake is a human being, just like all sex workers and each of the women who have accused Trump of sexual abuse. By tying her work history to his own alleged misconduct, Trump has done more than imply how he feels about people in the sex industry. He's demonstrated that he doesn't view them as people at all.