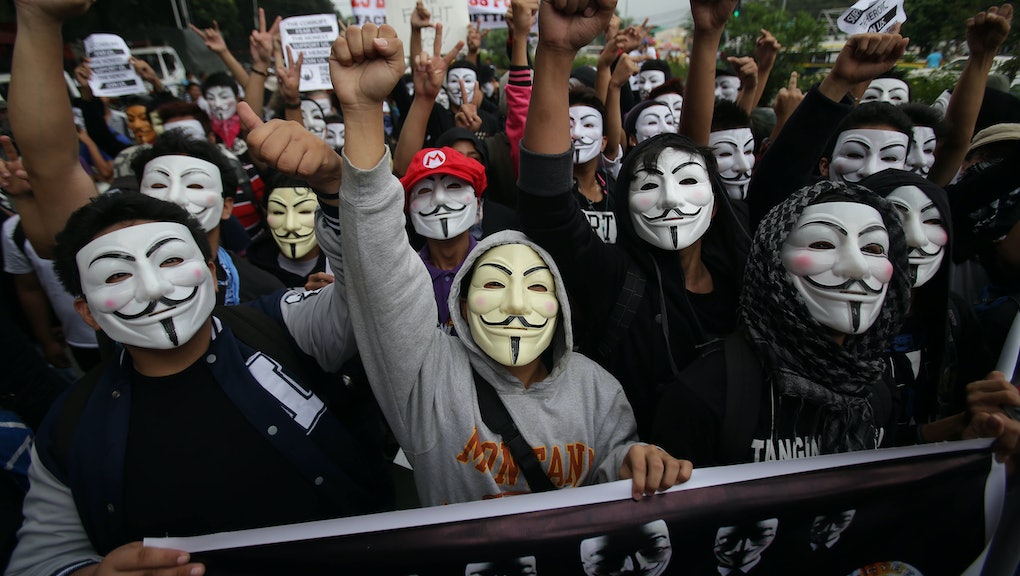 How 4chan, a small anime forum, became Donald Trump's most rabid fan base

Republican presidential nominee Donald Trump's campaign is not the only organization in jeopardy. 4chan, the online community that's home to Trump's most vehement supporters, is facing the possibility of collapse too.

4chan, the controversial hub of forums that gave rise to hacker collective Anonymous and acts as a central hangout of the alt-right, is going broke. Earlier this month, Hiroyuki Nishimura — a Japanese web entrepreneur who purchased 4chan in 2015 — revealed the dire situation to the site's community. "We had tried to keep 4chan as is," he wrote on the site's /qa/ board (the post has since been deleted). "But I failed. I am sincerely sorry ... Some changes will happen in the future."

There are rumblings of a potential investor buyout (Martin Skhreli, anyone?), but with the site's future uncertain, it's worth taking a look back at the history of 4chan and how it became synonymous with internet villainy.

How did 4chan start?

4chan was launched on Oct. 1, 2003, by a 15-year-old student named Christopher Poole, who called his 4chan handle "moot." Originally launched out of Poole's bedroom, 4chan was intended to be an online image board for discussion on anime, manga and Japanese culture for English speakers. Participating in the threads did not require registration, meaning the majority of users commented anonymously. With no names or information to hold members accountable, 4chan became a breeding ground for "anything goes" content.

The website was an instant success. 4chan collected a million hits within its first six days of operation, and Poole added over a dozen distinct boards for various topics. A glance of 4chan today shows the array of forums that have since been created: alternative sports, origami and personal advice boards, to name a few.

But running such an endeavor came at a price — literally. Poole couldn't pay for the servers without funding from advertisers, who were repelled by the site's pornographic material. "This site simply does not support itself; it's a sad fact but it's the truth," Poole wrote on March 1, 2004, according to the Daily Dot.

But Poole was able scrounge together anonymous donations from the 4chan community. It was enough to keep the site running — and even reject a $50,000 buyout offer. With the financing, Poole purchased his own servers to keep 4chan afloat. And with that, 4chan was on its way to becoming one of the most influential websites in internet history.

The rise of memes — and controversy

Over the next 10 years, 4chan would give rise to some of the best and worst content available on the web.

It started off innocently enough. 4chan's first major contribution came in the form of cat images with broken-English text superimposed underneath. These LOLcats took the internet by storm, eventually landing in Time magazine by July 2007.

One of these memes in particular, "I Can Has Cheezburger," was the inspiration for a comedy site of the same name, which went on to become a multimillion-dollar company generating millions of page views.

It didn't take long for 4chan's community to make an impact in other ways.

Rickrolling — the act of sharing a hyperlink that contains presumed information, only for it to open to a music video of Rick Astley's 1987 song "Never Gonna Give You Up" — became the ultimate online prank after its birth on 4chan in 2007. The practice spread outside the image board and became so popular that it revived Astley's career. In November 2008, Astley was voted Best Act Ever at the MTV Europe Music Awards. Several weeks later, Astley performed at the Macy's Thanksgiving Day Parade in New York City. The effect was so profound, Astley thanked Poole in a write-up for the the latter's profile in Time.

But 4chan wasn't associated with positivity for long. After Poole's identity was published by the Wall Street Journal and Time in 2008, the site went on what 4chan expert and former Daily Dot writer Fernando Alfonso III described as a "trolling tear."

Here are a few examples: getting a swastika to appear at the top of Google's Hot Trends chart, hacking Republican vice presidential candidate Sarah Palin's email, causing a massive stock plunge for Apple by fabricating the death of Steve Jobs, allegedly telling teenage Justin Bieber fans to slit their wrists in support of the singer, leaking a number of high-profile celebrity nude photos and targeting several women in the video game industry with threats of doxxing, rape and death in what became known as Gamergate.

And that's just the tip of the iceberg. When asked about the true scope of 4chan, Alfonso told Mic, "4chan has been a change agent in the internet era for well over a decade. Its influence is vastly understated in the media because 4chan is known as the place for misogyny, racism and pedophilia. Because of this dark side of the site, its influence often gets shrugged off by the mainstream media."

The future of 4chan

In 2016, 4chan is at a crossroads. Poole, its founder, now works at Google. Unlike the site he popularized, Poole — who was a 15-year-old when he created 4chan — has grown up a bit.

"It's a part of his life that was incredibly complicated, incredibly sad, incredibly controversial and incredibly gratifying all at the same time," said Alfonso, who has interviewed Poole. "My feeling is that he's done it for over 10 years and he's ready to put it behind him."

Despite the absence of its overseer, 4chan continues to influence internet culture — particularly the rising presence of the alt-right movement during the 2016 election cycle. While Alfonso won't go as far as to say 4chan is the birthplace of this new face of conservatism, he does concede the site has helped bring its message to the forefront. It's no longer limited to 4chan: A quick search on Twitter reveals plenty of "deplorables" visible in plain slight.

"I think what we've seen in this election season is how subversive and subliminal 4chan has been in rallying together people who are supportive of Trump," Alfonso said. "4chan magnifies the worst and best of society. When you have a candidate like Trump who is uncensored, unfiltered and off-the-cuff — that fits perfectly with the 4chan community at large. This is a community that doesn't follow any real rules and could care less about political correctness."

But with numerous polls suggesting Trump is on the verge of a landslide defeat as well as the overarching financial strain that has persisted since its beginning — how long will 4chan continue to exist?

"There is a part of me that knows 4chan has done some actual good." — Fernando Alfonso III

What would happen if 4chan were to fold or radically change under new leadership? Would anything of value be lost?

"4chan has popularized a lot of internet memes, but more importantly, it has sort of gone after people who have done wrong and have not gotten due process or justice through the court systems and the states," Alfonso began. Indeed, Anonymous has often attempted to use its influence for good.

"But the understanding is that if 4chan were to disappear off the face of the earth, most people would be happy with it because it would be eliminating a big part of the internet that is full of hatred and full of violence and disturbing images," Alfonso continued. "You'll likely hear from a lot of people, 'Well, good riddance,' similar to when Gawker went under. But there is a part of me that knows 4chan has done some actual good."

4chan's definition of good or evil is certainly up for debate, but one thing is for sure: As long as 4chan still lives, its community has the power to alter how it's remembered.