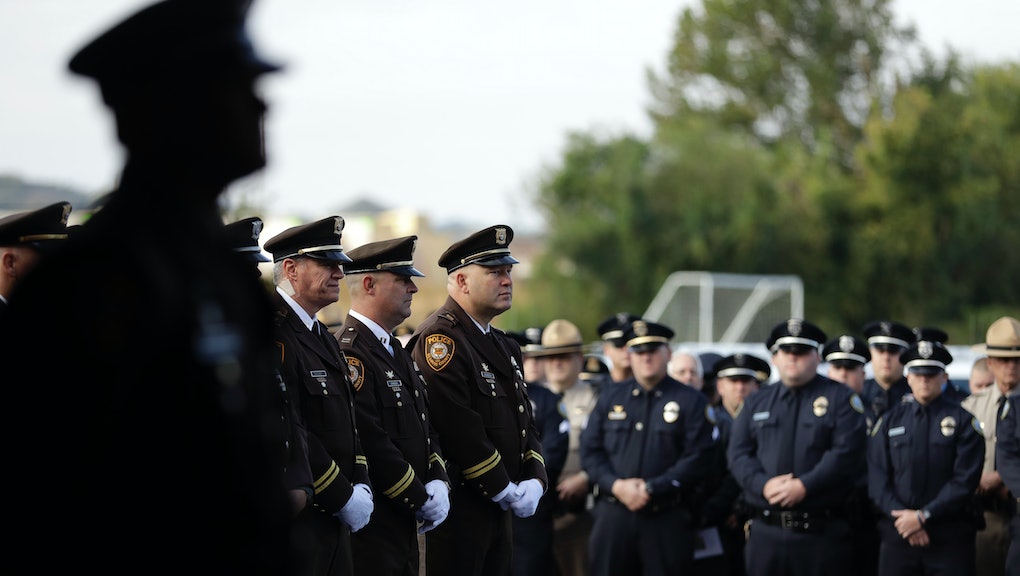 According to a new Gallup poll, released Monday, respect for police officers is as at almost a record high nationwide.

That respect for police has reached a high level across the board, at least by Gallup's count, might surprise civilians and officers alike, given that tensions between the two groups are running high.

So far in 2016, police have shot dead 190 black people, continuing a pattern of what looks very much like racial profiling by law enforcement. While FBI Director James Comey denies that police shootings of black people comprise "an epidemic," African-Americans are statistically more likely to attract the attention of law enforcement, thanks to the existence of implicit bias and systemic racism.

But so far, we've lacked the hard, nationwide data on the incidence of shootings and use of force by the police to definitively prove the pattern — but now that the U.S. Department of Justice has announced its intention to start tracking police violence, that should change.

While Americans of color feel targeted by the police, officers report feeling under attack by the people they serve, especially after incidents like the one that arose in Dallas in July: Following a peaceful Black Lives Matter protest convened around the tandem shootings of Alton Sterling and Philando Castile, a sniper killed five Dallas police officers and wounded seven more. According to the Baltimore Sun, the conflict highlighted a mutual distrust that exists in a number of communities across the country.

Not all adults agreed with Gallop's majority: 17% of U.S. adults had "some" respect for local law enforcement and 7% said they had "hardly any." And then there was a racial skew within the poll's results — white respondents were more likely to report having respect for police than were respondents of color. According to Gallup, 80% of white adults hold "great respect" for their local police versus 67% of nonwhite adults, but both figures are up from 2015.