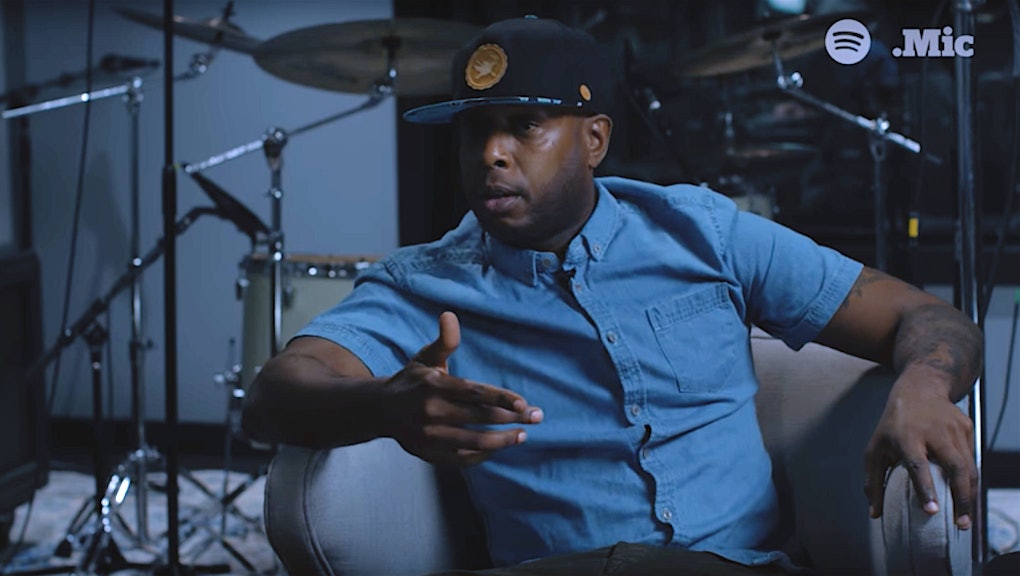 Talib Kweli: "American culture is built on the gun"

If you compare gun violence in the United States to that of the rest of the world, we're No. 1 in all the wrong ways. In gun deaths, the U.S. outranks Western Europe, North Africa and the Middle East (except for Iraq). The U.S. has more guns per capita than any other country in the world. And, on average, we use those guns to shoot 48 children every day. And this is just the data we know about based on recorded incidents.

To bring you the facts that can help inform your 2016 election decisions, Mic and Spotify have partnered to bring you Clarify, a weekly audio and video series exploring the key issues in this election that matter most to young people. Hosted by best-selling author and former Daily Show producer Baratunde Thurston, Clarify features real conversations with policy experts, Mic journalists and some of today's hottest musicians — including Diplo, Prophets of Rage, Vic Mensa and more.

In this episode, Baratunde talks with hip-hop artist Talib Kweli about American gun culture and why he's been so outspoken on the issue of gun legislation.

For more on election issues — including student debt, immigration, civil rights and other critically important policy matters — watch and listen at Spotify.com/Clarify.