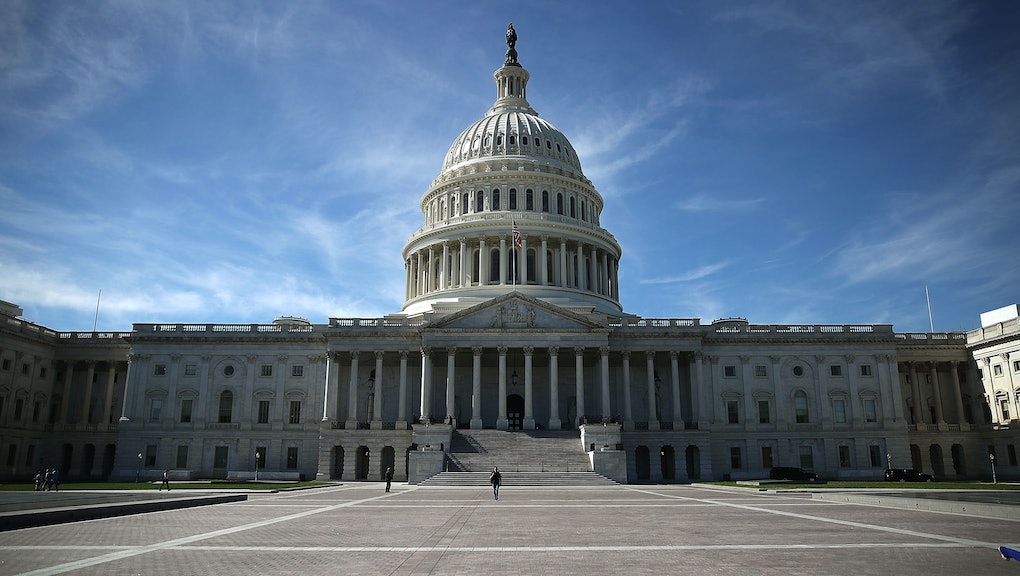 If Democratic candidate Hillary Clinton wins the presidency, she could find herself with a very welcome gift on Election Day — a Democrat-controlled Senate.

Several Republican senators up for re-election have been fighting for their political lives since Republican candidate Donald Trump fractured the party with his controversial campaign.

There are 34 Senate seats up for grabs on Nov. 8. Ten are held by Democrats and 24 are held by Republicans. Democrats need to pick up four seats to take control of the upper chamber of Congress.

And there's a strong indication of that happening. Up to seven Senate seats could go to Democrats, according to the Cook Political Report.

These are the Senate seats that are in jeopardy in the 2016 election.

GOP Sen. Marco Rubio is fighting for his Senate seat in a tight race against Democratic Rep. Patrick Murphy. The RealClearPolitics average shows Rubio leading 46% to 43%.

GOP incumbent Sen. Kelly Ayotte has been in a tough race against her Democratic challenger, New Hampshire Gov. Maggie Hassan, who edges Ayotte 46% to 45% in the RealClearPolitics average.

Sen. Richard Burr, the longtime Republican incumbent, is in a tight race with his challenger, former state General Assembly Member Deborah Ross. Burr maintains a slight 45% to 42% lead, according to RealClearPolitics.

Katie McGinty, a Democrat and former environmental advisor during the Clinton administration, is giving GOP Sen. Pat Toomey a run for his money. She's averaging 43% support to his 45%.

FiveThirtyEight gives the Democrats a more than 70% chance of winning the Senate on Nov. 8.