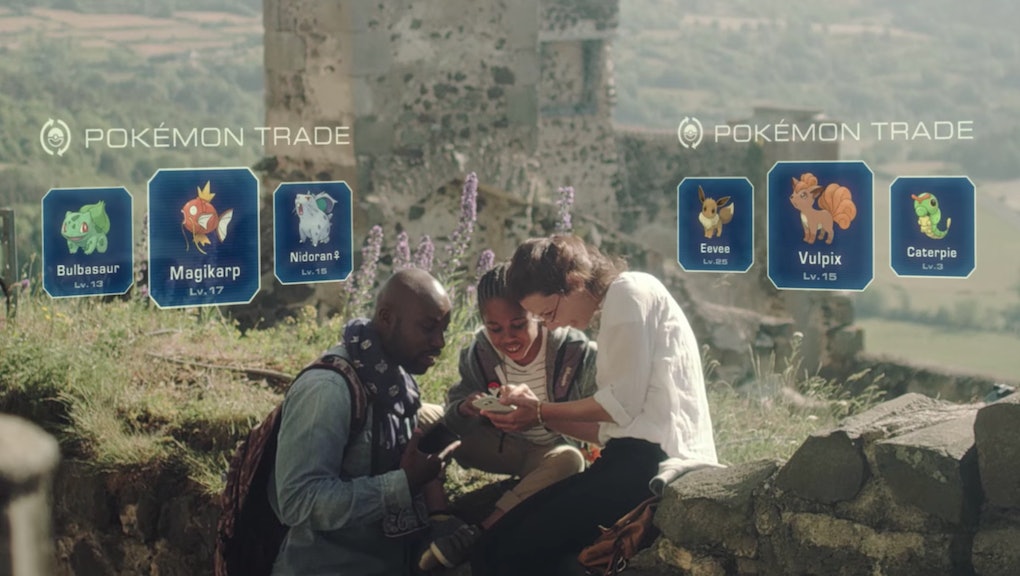 Some clever folks over at Pokémon Go Hub recently uncovered hidden bits of code that hints at a new feature which is likely to come to Pokémon Go soon: daily quests, which will supposedly reward constant activity with some kind of bonus. It makes good business sense, since Niantic is looking to halt the hemorrhaging of regular users by creating incentives for them to stay active.

This got us thinking about some other features we'd love to see make their way to Pokémon Go in a future update.

One of the coolest features about the Pokémon games on handheld consoles, like the Nintendo 3DS, is the ability to trade Pokémon with friends. That feature isn't available yet in Pokémon Go, but you can see players doing just that in one of the game's early trailers. Niantic CEO John Hanke told Business Insider in July that this feature will be coming to Pokémon Go in a future update.

Another feature that was teased in the original Pokémon Go trailer (see below) is the ability to engage in Pokémon battles with their friends. Currently, players are only able to battle other Pokémon at gyms.

Unlike the battles teased in the trailer, the current structure of gym battles pits one player against a computer-controlled Pokémon, rather than having two players go head-to-head.

Whether this feature is actually coming in a future update, or whether the teaser promised a bit more than Niantic was actually planning to implement is still up for debate.

3. New variations on lures, incense and other items

Since the launch of Pokémon Go, players have been able to use a variety of items to aid in their quest for Pokémon, like lures and incense. Some outlets reported there is hidden code in the game that references specific types of incense, like "floral," which might attract specific types of Pokémon, but those items have yet to be announced.

4. Ditto, legendary and (at some point) generation 2 Pokémon

Arguably the biggest thing players are waiting for are the reveals of the Pokémon that have yet to appear in game.

Of course, there are the several generations of Pokémon in other games that were released after the initial batch of 150 or so (called "generation 1"), but there are some in that initial batch that have yet to appear in Pokémon Go: Ditto, Mew, Mewtwo, and the legendary Pokémon known as Moltres, Zapdos and Articuno.

They'll almost certainly be revealed at some point, but it's unclear exactly when. One of them — Articuno — was accidentally given to a player earlier, so hopefully Niantic gives those Pokémon a proper introduction soon.