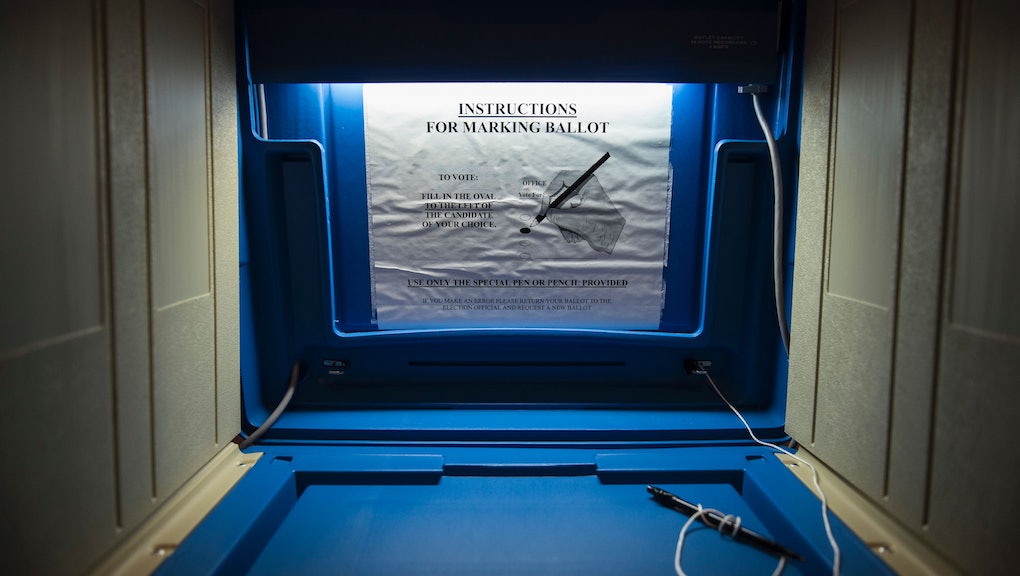 Is it illegal to take photos in a voting booth? And other Election Day dos and don'ts

On Tuesday, pop star Justin Timberlake found himself facing the threat of jail time, and somehow, it had absolutely nothing to do with his work on Trolls.

The singer had posted a seemingly harmless voting booth selfie in his home state of Tennessee, encouraging young people to follow suit and head to the polls in November.

"Hey! You! Yeah, YOU!" he wrote in the caption. "I just flew from L.A. to Memphis to #RockTheVote!!! No excuses, my good people! There could be early voting in your town, too. If not, Nov. 8! Choose to have a voice! If you don't, then we can't HEAR YOU! Get out and VOTE!"

However, a new law that went into effect in Tennessee last January that bans people "from using [electronic or communication devices] for telephone conversations, recording or taking photographs or videos while inside the polling place," calling the legality of his outreach effort into question.

While the Shelby County District Attorney General's office quickly corrected a previous statement it had issued to say that its department would not, in fact, be using its minimal resources to conduct an investigation into Timberlake's actions, the incident prompts an important question: What the hell is allowed inside a voting booth?

Though laws for what's allowed in polling places vary on a state-by-state basis, it's illegal to photograph your ballot in many states. In fact, in some states, using a cell phone at all can get land you on the wrong side of the law. Probably better to err on the side of caution and tear yourself away from the wretched thing entirely.

The federal government deems it a crime to try and intimidate voters into casting their ballots for a certain candidate; in fact, . Unless you're a designated poll volunteer in your state, heading to the polls just to patrol for voter fraud — as Republican candidate Donald Trump has recommended his supporters do this Election Day — could actually land you in hot water for voter intimidation.

3. Don't cause a scene. Just vote and leave.

Officials take the whole "voter intimidation" thing so seriously, in fact, that even seemingly innocuous gestures — like the time a Texas man was thrown out of a polling location for wearing a pro-Second Amendment T-shirt at a time when an open carry measure appeared on the ballot — could be considered crossing the line into "electioneering," or trying to sway the election.

This advice comes courtesy of Newsmax, and it's solid in any situation, but especially pertinent at a polling place. Yes, it's been a stressful election season, but before you unwind with a cigarette, remember that smoking is illegal indoors in most states, and that lighting up inside a church or elementary school will probably get you some disapproving looks.