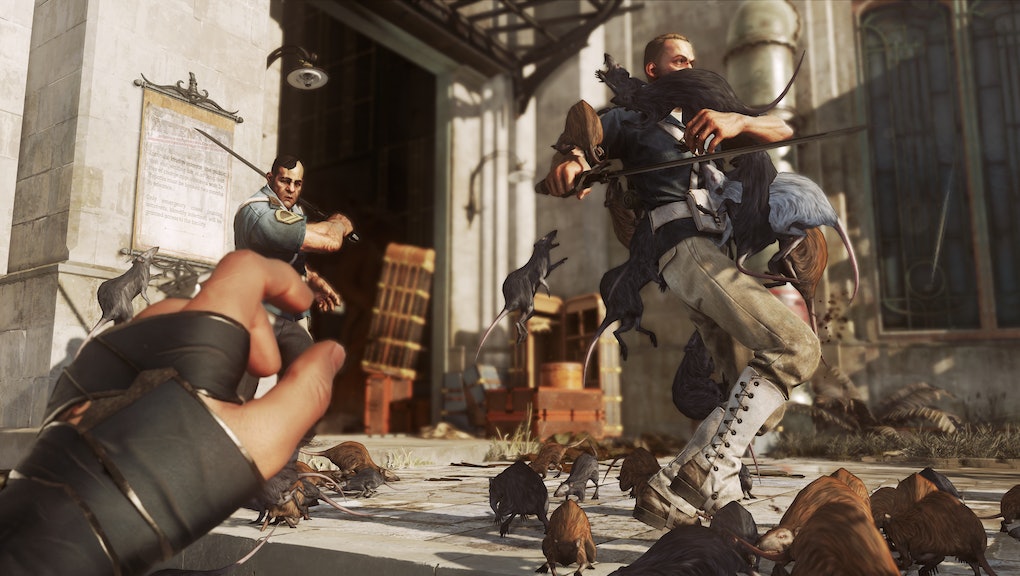 What Bethesda Softworks' new review policy means for consumers, game developers and you

Yesterday, game developer Bethesda Softworks announced on its blog that the company would no longer be sending review copies of new games any sooner than one day before the game is released.

The policy means, first and foremost, that pre-release reviews of Bethesda games may be a thing of the past — you may not see reviews of the new remastered Skyrim or Dishonored 2 before those games hit shelves. In other words, if you buy on day one, you're taking a huge risk with your $60.

This announcement opened up a very large can of worms. If Bethesda's policy gains popularity among other companies, then consumers' ability to make informed purchasing decisions soon after a game's release may be in serious jeopardy.

There will be no early reviews for Skyrim or Dishonored 2

The two specific games in question were Skyrim, by which Bethesda could only be referring to the new, remastered Skyrim Special Edition being released on Oct. 28 (and which might eventually show up on the Nintendo Switch), and Dishonored 2.

The original Dishonored was a stealth/action game that promoted numerous playthroughs to try different strategies. You probably won't get the hundreds of hours of gameplay from Dishonored 2 that you would get from a new Skyrim, but Dishonored was still a huge game that offered a lot for gamers to experience.

Game reviewers know this. If they're responsible, they play the whole thing or at least the vast majority of the game before publishing their thoughts. So they'll either rush out a hack job to meet a launch-day deadline, or they'll take their time and consumers won't be informed on day one. Either way, players lose.

Keep in mind that Bethesda is currently, mostly in the business of releasing massive role-playing games that could occupy you for hundreds of hours, if you explore those RPGs to the fullest. If you have to wait for reviewers to play through most of the game before they express a critical opinion, you could be waiting a long time to find out whether Skyrim Special Edition or Dishonored 2 are good enough to warrant your $60 purchase. They could be absolutely terrible, and you'll have no idea, because no reviewers were able to warn you.

Will no early reviews for video games hurt consumers?

You could also argue that the consumers who purchase games sight unseen are fans who would have bought the game no matter what — meaning Bethesda's change in policy doesn't actually change much for its hardcore fans. If you're the type of player who wants to know as much as possible before purchasing, even if it means waiting a week or two, you could argue that this policy might not affect you much, either.

Will no early reviews for video games hurt game developers?

In the case of Bethesda Softworks, this change in policy probably won't affect much on their end. The company is massively popular among gamers: Recent Bethesda games like Fallout 4 and Doom have received critical praise, and Bethesda is one of the oldest and most experienced video game development studios in the industry.

The risk to developers here is in whether or not other companies adopt Bethesda's new policy. It's specifically a risk to indie developers who might need to demonstrate pre-release sales in order to build hype before their game is released. Or those who need positive reviews out in the press before their game comes out, because indie games are often more challenging for gamers to discover than triple-A blockbuster games like Fallout 4 and Doom.

Will no early reviews of video games hurt you?

We mean you, specifically. Are you going to explode from anticipation if you wait another week to pick up Skyrim or Dishonored 2? How many games do you plan to purchase this fall from the annual deluge of end-of-year releases? Do you already have plenty of games to keep you occupied?

If you're patient and already have plenty to play, Bethesda's policy change might not affect you at all. You may not even notice it.

The people who might have to worry about it more so than consumers is the enthusiast video game press. Software developers and publishers are slowly figuring out that they might be able to cut the press out of the equation by interacting directly with their fans.

Wait and see how many YouTubers and Twitch streamers get their hands on early copies of Skyrim Special Edition and Dishonored 2. Smart money says they'll be streaming those games at least a month before they're released. What video game company needs the press when it can just allow its fans to advertise its games for free online?