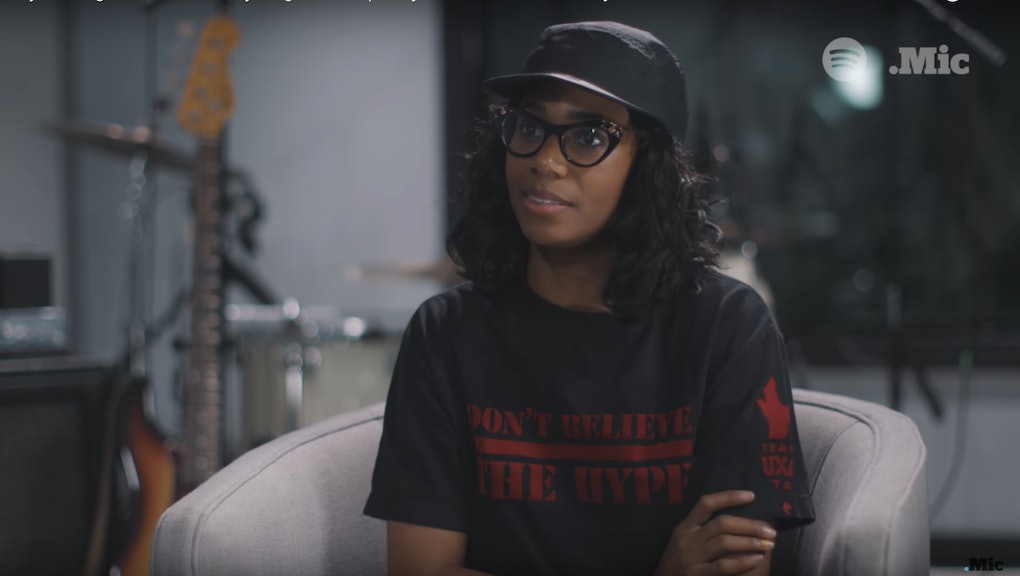 Santigold: "We're about to hopefully break the glass ceiling"

Women have made major strides in recent history, and with the possibility of the next president of the United States being a woman, things are certainly looking up.

However, despite these milestones we still have a long way to go. Persistent gender pay gaps, discrimination in the labor market, a lack of representation in politics, education, and corporate America leaves a gender inequality that belittles the progress we have made thus far.

To bring you the facts that can help inform your 2016 election decisions, Mic and Spotify have partnered to bring you Clarify, a weekly audio and video series exploring the key issues in this election that matter most to young people. Hosted by best-selling author and former Daily Show producer Baratunde Thurston, Clarify features real conversations with policy experts, Mic journalists and some of today's hottest musicians, including Diplo, Prophets of Rage, Vic Mensa and more.

For this episode, Baratunde talks with music legend Santigold to learn how she navigates the male-dominated music industry to make her incredible art.

For more on issues including student debt, immigration, civil rights and other critically important policy issues, watch and listen at Spotify.com/Clarify.