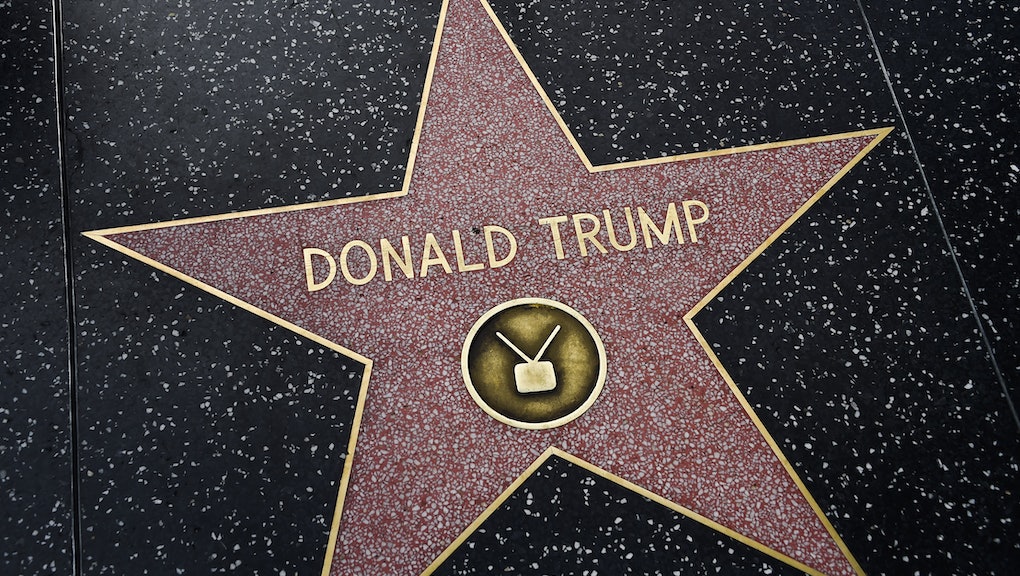 Republican presidential nominee Donald Trump's star on the Hollywood Walk of Fame was reportedly destroyed around 5:45 a.m. local time on Wednesday morning, according to Deadline. The person who did the deed was reportedly dressed as a construction worker and went at Trump's star with a "sledgehammer and pick-ax." The star-attacker was identified by Deadline as Jamie Otis.

Trump got his star in 2007, according to Deadline, back when he was a blustering reality television star and before he was a presidential nominee of a major political party who has also advocated banning an entire religion from entering the United States.

Otis told Deadline that he had planned to remove the star in one piece and auction it off to raise money to support the multiple women who have come forward in recent months to accuse Trump of sexually assaulting them — but the star proved too stubborn for that plan, and Otis reportedly left it in pieces on the ground.

This isn't the first time this election that Trump's star on the Walk of Fame has become the scene of an anti-Trump demonstration. Back in July, an L.A. artist erected a tiny border wall, complete with miniature barbed wire, around Trump's star.