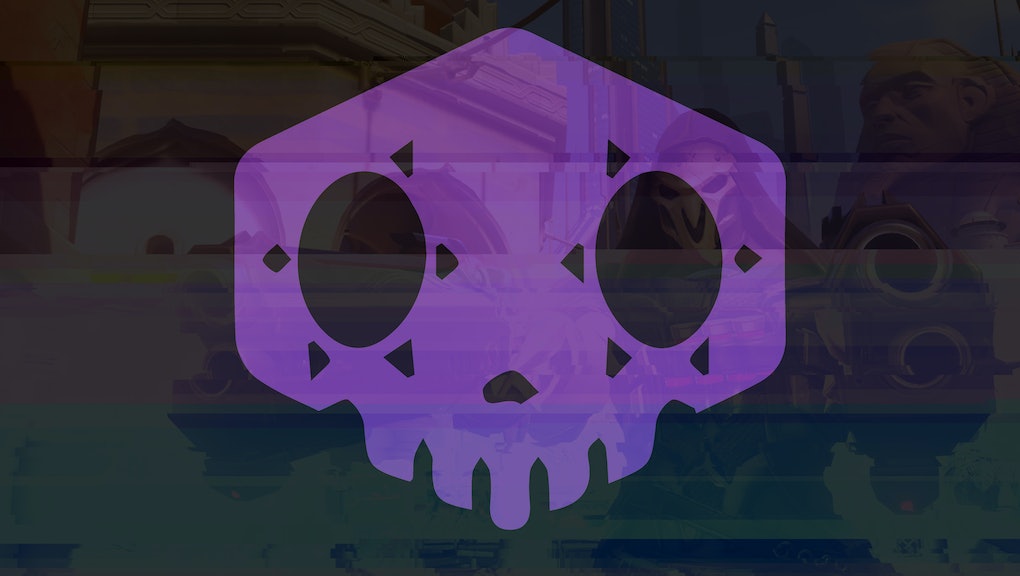 For months, the most technically savvy fans of Blizzard Entertainment's multiplayer shooter Overwatch have been hunting for clues about a rumored new character named Sombra.

Blizzard is orchestrating the whole thing, dropping hints about her in various corners of the internet, or in single frames of videos it releases. If you ask someone at Blizzard about it directly, they'll say something coy, like "Sombra will let people know when she wants more to be known about her," which is what Overwatch director Jeff Kaplan told Kotaku.

Undeterred, devoted fans are working to solve the alternate reality game's various clues by crowdsourcing their solutions. They're documenting every step and harebrained theory on Overwatch-related wikis and subreddits.

Let's dive down the rabbit hole.

Who is Overwatch's Sombra?

If this is the first you're hearing about Sombra, you'll want to catch up on the ridiculously complicated situation. After months of searching, people were getting sick of it all after what they thought would be the final reveal. But lately, they've been getting excited again as it seems we might finally be reaching the end of the Sombra trail.

The latest development, which reinforces that the next big step in the ARG is likely to happen on Nov. 1, involves the translation of Mayan numerals into morse code. Yes, really. Strap in.

The most recent stages of the Sombra ARG have involved searching for information on the site for LumériCo, a fictional energy company within the Overwatch lore. The character Sombra believes LumériCo is corrupt with power, calling its president "a greedy and corrupt man, and an abominable thief" in a previous ARG clue.

According to the official Game Detectives wiki, which logs new developments in the Sombra ARG as they occur, someone went to the robots.txt file for the LumériCo site to poke around for clues. A robots.txt file, according to Google, is "a file at the root of your site that indicates those parts of your site you don't want accessed by search engine crawlers." It can be accessed by typing a site's URL and adding /robots.txt at the end.

On that page of the LumériCo site, you'll see:

In Overwatch, Omnics are the race of robots that inhabit the world, so this seems to be a kind of cheeky joke granting Omnics access to the site. Typically, a robots.txt page would say something like "disallow: [search term]."

Eventually, it seems that someone eventually thought to modify the /robots.txt URL to lumerico.mx/omnics.txt. Pretty clever, right? Previously, that page displayed the following:

But according to Game Detectives, as of Oct. 25, the page shows this:

A quick Google search will show you that "Tzolk'in" appears to be the name for the Mayan calendar. To solve the next step, it seems those working on the Sombra ARG used the Wikipedia page for the Mayan calendar, where they discovered the words "Imix," "Chikchan," "Manik" and "Kimi" each refer to specific days of the week in that calendar.

When the above text is converted to numbers associated with those days of the week as described on the Wikipedia page (for example, Sunday would equal "one"), the following numeral sequence was created:

Yet another code to figure out.

Are you still following this? Good, because it's about to get more complicated.

Here are what the numbers 1 through 10 look like in Mayan numerals:

Someone thought to rewrite the dots and dashes of the Mayan numerals as a string of morse code, which yielded the phrase "E-X-E-C-U-T-E-A-T-T-A-C-K."

Someone then put that phrase into the LumériCo URL. The site https://lumerico.mx/EXECUTEATTACK/index.html leads you to a page that looks like this:

It's a string of text in Spanish, capped off by the skull that has functioned as Sombra's calling card throughout the ARG. The text translates to:

The moment has come. Those emails have exposed the truth about [LumériCo CEO Guillermo] Portero, initiated the revolt, and have convinced the people of Mexico to support our cause. Now is the time to strike. We shall convert his precious inauguration on Nov. 1 to a grand movement against it.

Using the password "d0r*NuLw9" for the security chief's user name, MJimenez, which was previously uncovered, yields an "Admin" page that looks like this.

The page's meaning has yet to be fully solved.

When will Sombra be revealed?

So, all of this is to say that these clues point to Nov. 1 as some kind of big development: the "inauguration" of Guillermo Portero, CEO of LumériCo.

BlizzCon 2016, a convention for all things Blizzard, starts Nov. 4, so it's been posited that there might be additional developments — or possibly a full reveal — of Sombra there. But if there's anything that can be gleaned from the Sombra ARG thus far, it's that clues tend to lead to even more clues.

As always, Mic will keep you updated either way.

Note: There seem to be some typos in the most recent batch of text uncovered in the Sombra ARG. According to a translation of the Spanish text by a Mic employee, it incorrectly implies the security chief Maria Jimenez is male through the use of the masculine forms of the words "del" and "lo," but the word "jefa," the feminine spelling for "boss," contradicts that.