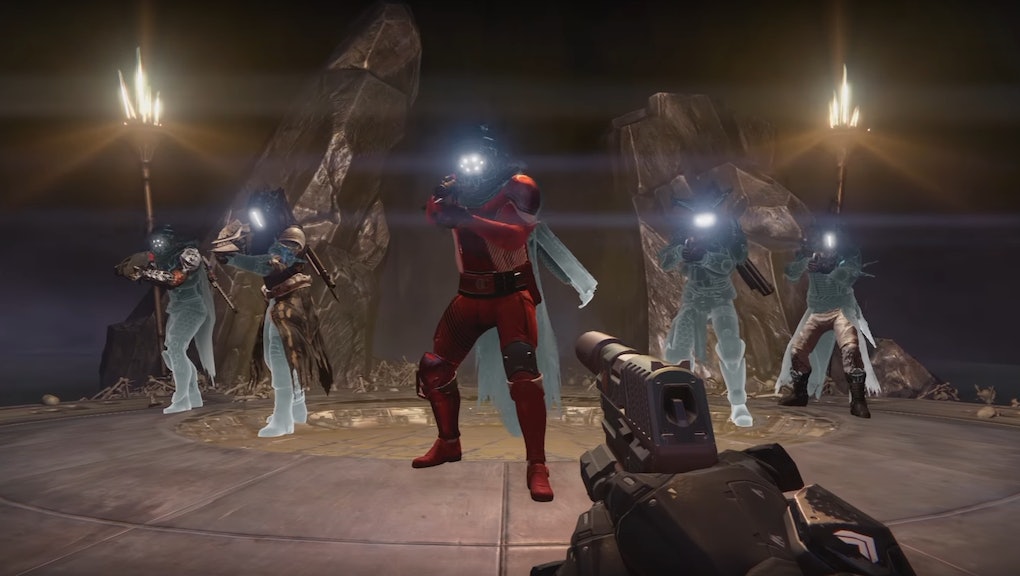 'Destiny' Festival of the Lost 2016: Fans are obsessed with this spooky Husky Raid video

Destiny's Halloween-themed Festival of the Lost 2016 has just begun — and fans are starting to celebrate its spooky secrets.

Case in point: this eerie video, "Saw Something Weird on the Moon," which shot to the top of Reddit Wednesday. It shows a lone Guardian (what players are called in Destiny) standing at the precipice of Crota's End, one of the wickedest dungeons in all of Destiny.

Crota's End is a six-player cooperative multiplayer activity that combines puzzles, thumbstick skills and extreme team coordination. Crota's End is also a place where thousands of Destiny players are beaten and destroyed back when Crota's End, years ago, was the place for high-level players to go.

The entrance to Crota's End is a pile of human bones. What a better place for this Festival of the Lost 2016 spectral sighting.

The video is actually another musical raid performance, this time a compilation of Michael Jackson hits, by the Husky Raid YouTube team. They've been entertaining the Destiny online community with music numbers like these for a while now. Isn't it amazing how "Thriller" never ceases to sound cool, no matter how many times we hear it?