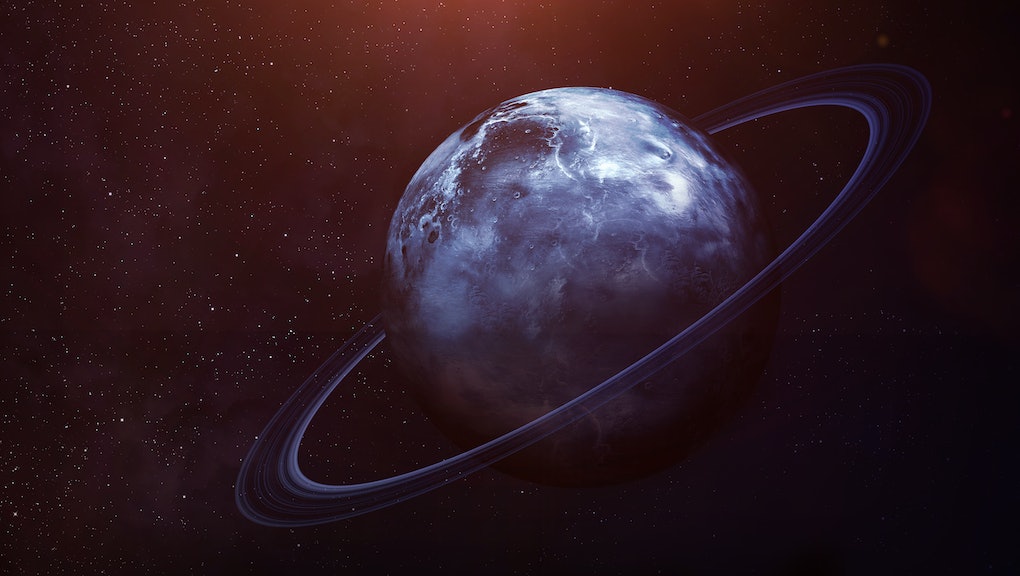 Uranus might be hiding a fun surprise, according to NASA — two little moons.

According to a statement released by the agency on Friday, the finding is born of of data and images collected decades ago by NASA's Voyager 2.

University of Idaho doctoral student Rob Chancia was looking at images of Uranus taken in 1986 when he noticed a pattern in images of the planets icy rings. The pattern Chancia spotted could indicate the presence of previously undiscovered "moonlets," little moons in Uranus' orbit.

"When you look at this pattern in different places around the ring, the wavelength is different — that points to something changing as you go around the ring. There's something breaking the symmetry," University of Idaho assistant physics professor Matt Hedman, who worked with Chancia on the recent findings, said in the release from NASA.

"We haven't seen the moons yet, but the idea is the size of the moons needed to make these features is quite small, and they could have easily been missed," Hedman said. "The Voyager images weren't sensitive enough to easily see these moons."

Uranus already has 27 known moons — most named for characters from William Shakespeare plays. Chancia and Hedman estimate that these two new discoveries would likely be two to nine miles diameter — smaller than any of Uranus' known moons thus far. The researchers plan to continue their work to fully confirm the moonlets' existence.