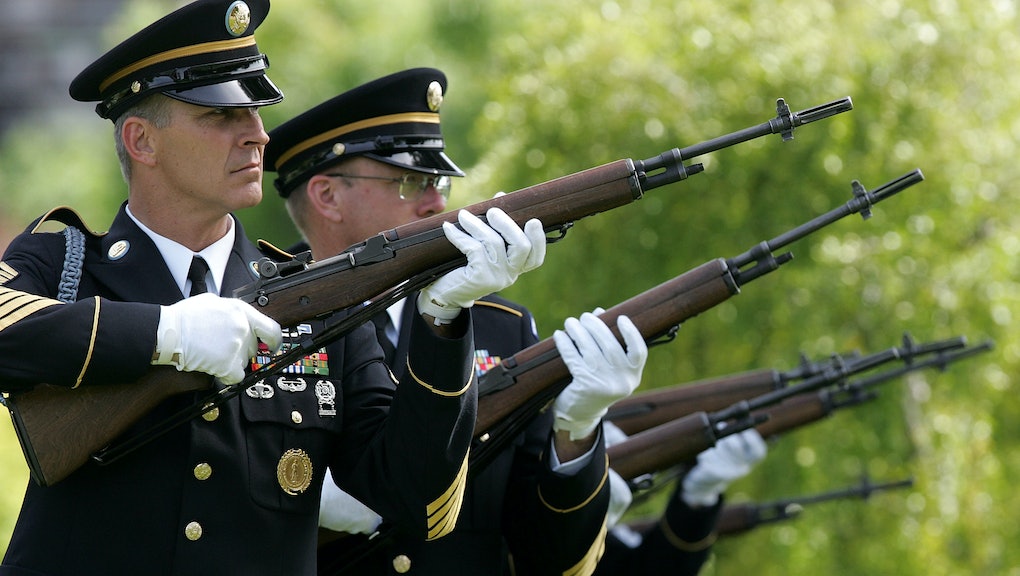 The Obama administration has officially suspended all efforts to reclaim money erroneously or fraudulently paid out to California National Guard members offered sizable bonuses to re-enlist for the wars in Iraq and Afghanistan.

Earlier this month, the Los Angeles Times reported on the Pentagon's efforts to force nearly 10,000 California National Guard troops paid out sizable bonuses to fight in those ground wars to pay it all back. Officials in the California Guard paid 14,000 soldiers tens of thousands in cash and other benefits like loan reimbursements to re-enlist, all the while ignoring the fact a majority of the recipients were in fact ineligible to receive the funds.

The result was that the Pentagon informed soldiers who served in wars launched during the George W. Bush administration, many of whom sustained wounds in combat, that they would have to pay back the government nearly a decade later.

"I have ordered the Defense Finance and Accounting Service to suspend all efforts to collect reimbursement from affected California National Guard members, effective as soon as is practical," Secretary of Defense Ash Carter said Wednesday, according to CNN. "While some soldiers knew or should have known they were ineligible for benefits they were claiming, many others did not."

CNN reported some 4,000 troops will keep their bonuses. According to the New York Times, of the nearly 10,000 originally reported to have been overpaid, the government was only actively retrieving payments from 2,000 and those efforts will be suspended.