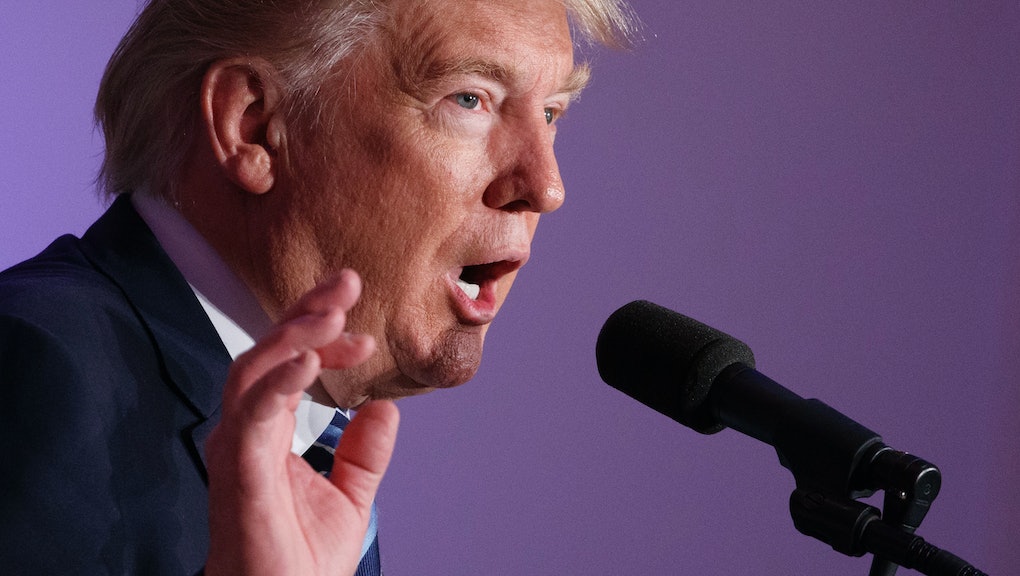 Calling attention to the multiple sexual assault allegations against Trump, McCaughey said, is tantamount to "man-shaming."

"First of all, I have had a very long relationship of great affection and friendship with Megyn Kelly," McCaughey said, according to a transcript from Media Matters. "I have enormous respect for how she runs her show."

"But I do believe the polls show that Americans are not buying this roll out of accusers and this bigger theme of man-shaming, and they want to get to the real issues," she continued.

As Kelly had pointed out in her interview with Gingrich, the polls actually show just the opposite. In a Washington Post/ABC News poll from mid-October, 68% of registered voters said they believe Trump has "probably" made unwanted sexual advances toward women. Another 55% of registered voters identified Trump's overall treatment of women as a "legitimate" issue in the presidential election.

But it wasn't the inaccuracy that caused the head-scratch so much as McCaughey's belief that "man shaming," an apparent take on "slut shaming," exists. The media isn't ragging on Trump for having consensual sex with multiple partners, as McCaughey seems to suggest with this flippant phrase. Rather, they're simply covering the newsworthy event that is multiple women accusing a presidential nominee of sexual assault.

As ludicrous as McCaughey's latest defense of Trump may be, it's hardly surprising given that it comes from the same woman who called Hillary Clinton hypocritical for condemning Trump's "grab them by the pussy" remarks while condoning Beyoncé's "Formation" lyrics (a baseless comparison that certainly didn't elude the Beyhive).

And it doesn't seem likely McCaughey will be backing down any time soon.

At Tuesday night's panel she remained steadfast in her argument: "What I'm saying is that Americans are watching this drum beat about these sexual accusations, and they're saying 'I don't buy this, I want to hear about the economy.'"