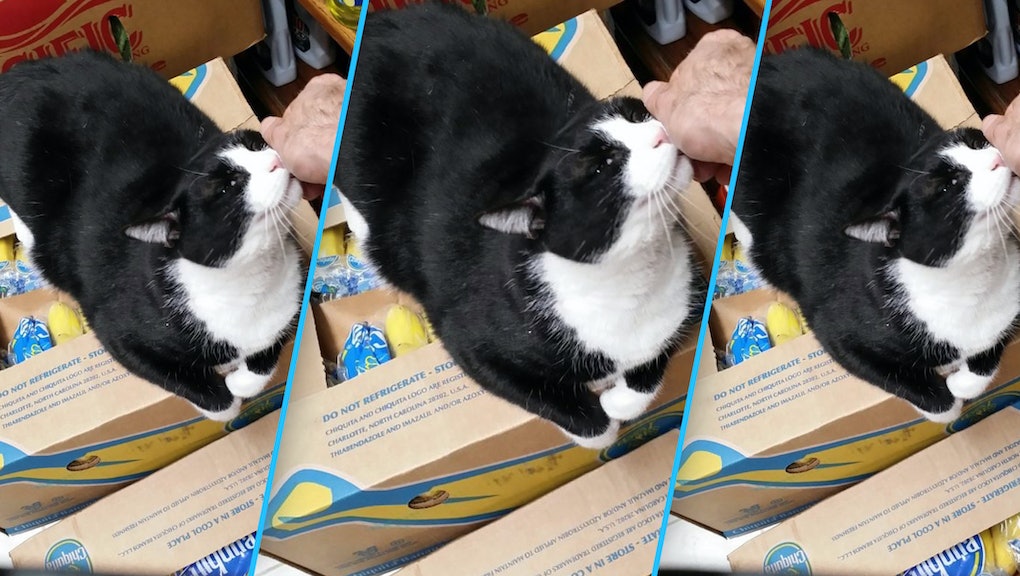 For some New Yorkers, cats are as much a bodega staple as mediocre coffee. The four-legged friends seemingly belong in the shops, wistfully rubbing their long bodies against boxes of soda, weaving in and out of cluttered aisles, posting up for a gentle back-scratch (or perhaps not).

Not all New Yorkers hold an affinity for deli felines, however. In September 2016, Yelp user Diana D reviewed S.K. Deli Market in Manhattan's East Village, giving the spot a paltry one star for its live animal mascot.

Here's what she had to say:

"I've ordered from SK before and the sandwiches are pretty good. Today, however, I decided to stop in and grab a sandwich. To my dismay- there was a cat, perched upon some cases of Budweiser in the middle of the store!! Besides being allergic to cats, I wonder what the health code say about this?"

Several Yelpers came to the defense of the kitty in question, even adding reviews with their own photos of the black and white lounger.

Others noted how the store, not-so-curiously, was absent of any mice.

Is the bodega cat narc in the right or the wrong?

Yung Sussio, who's owned the deli for approximately eight years, told Pix 11 that the kitty in question — named Star — "keeps him company every day and is like a part of the family."

Despite Star's sentimentality to the store, his presence is illicit. New York state law prohibits animals in places where edible goods are sold, the New York Times reported, and shop owners can be fined $300 for their first offense and $2,000 and higher subsequently.

One point for Diana D.? Not so fast. Shopkeepers can also be fined that same $300 if rodent feces is found in their stores. Many store owners have found success with bodega cats, the Times reported, and have stuck with their furry friends to keep the critters out.

It all comes down to one important question: What would you rather have turn up in your deli sandwich, a strand of cat hair or rat poop? The choice, it seems, may not always be yours.