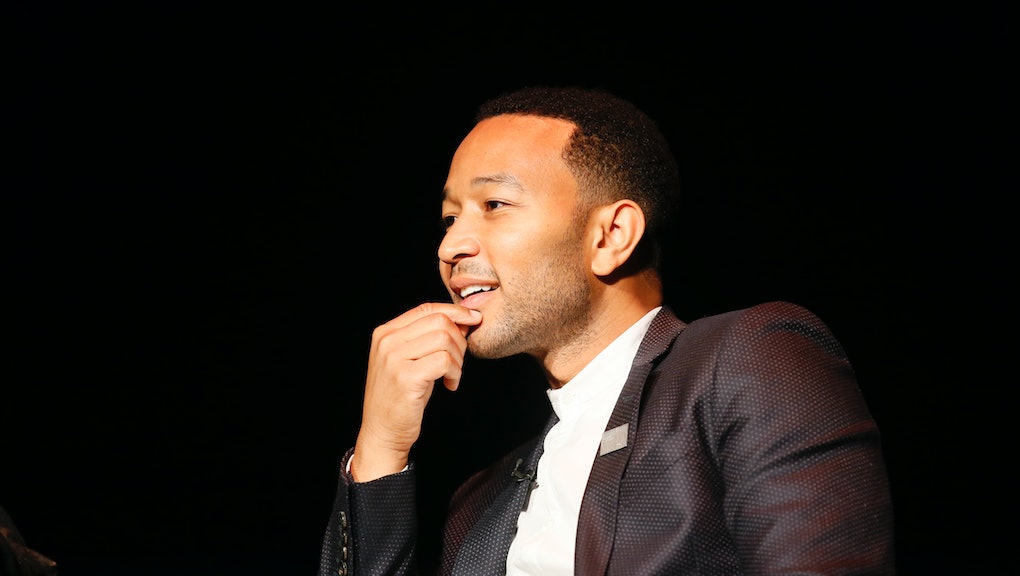 R&B superstar John Legend's music may be easy on the ears, but his politics hit hard. He's never backed down from pinning his name to some of the most polemical conversations in politics today, from mass incarceration to the stigma of drug addiction to immigration reform. And the way those issues are being discussed in this election are exactly why he'll be voting in November.

In a new video released as part of Vevo's "Why I Vote" series Thursday, John Legend explains how the issues of mass incarceration and addiction have affected his family and why we need reform to address the injuries these systems in their current form continue to perpetuate.

He shares a story about his mother, Phyllis, and how she struggled with a narcotic addiction and was arrested rather than being treated for the psychological roots of her problem.

"When people are going through those kinds of issues, they really need help," Legend says. "They don't need to be locked up. They need counseling. They need drug treatment."

"So many of the people who are in our criminal justice system are people like what my mother was — people that are going through a hard time in life and have turned to drugs for one reason or another," Legend continues. They're messages he's advocated for in the past, most notably through his Free America campaign, which seeks to highlight the fact that the United States is the "most incarcerated country in the world."

He's promoted that initiative in part by performing at prisons across the country, including Washington Corrections Center for Women in April. "We've gone too far on the punishment side," he told the crowd then.. "We need to focus more on fairness, compassion, mercy and restoring people so they can be whole and go back into the community and live productive, compassionate, healthy lives."

The decisions that have created this reality, Legend explains in the video, ultimately come the people, since they either voted or decided not to vote for the policymakers who determine prisoners' fates.

"All those decisions to lock people are up are being made in our name, because we're voters and we decide who's in charge. A lot of people protested, and fought, bled, and died so that ... every citizen over the age of 18 would have the right to vote. For you to waste that right, for you to take it for granted and think it's worthless and meaningless, it's a slap in the face."

He doesn't say who he's voting for in the video, but at Clinton event at Central State University in Ohio, he made it pretty clear.

"Hillary Clinton is the only candidate in this race that's actually talking about reversing that trend of incarcerating too many people," he said, according to Dayton Daily News. "She's the only one talking about reforming the system so that we're not locking so many people up and we're spending more money investing in our communities making them healthier."