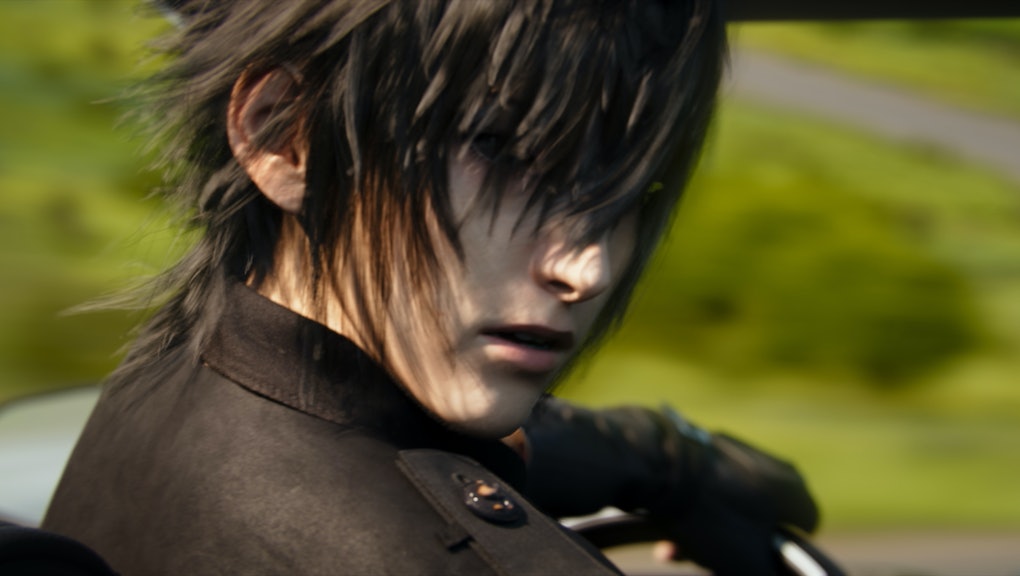 The trailer — which is really more like a short film — shows Final Fantasy XV's main character, Noctis, fighting through hordes of enemies, intercut with intense, dreamlike footage of its heroine, Luna.

If this is the first you're hearing about Final Fantasy XV, hello! It's a new role-playing game that takes place in a beautiful sci-fi fantasy setting. You play as Noctis (the dude with the shaggy black hair in the video above), the prince of the Kingdom of Lucis, who must reclaim his homeland from an "imperial army."

In doing so, you'll explore a large, open world with some of Noctis' closest friends in his flying car.

Final Fantasy XV will be available Nov. 29 for PS4 and Xbox One.