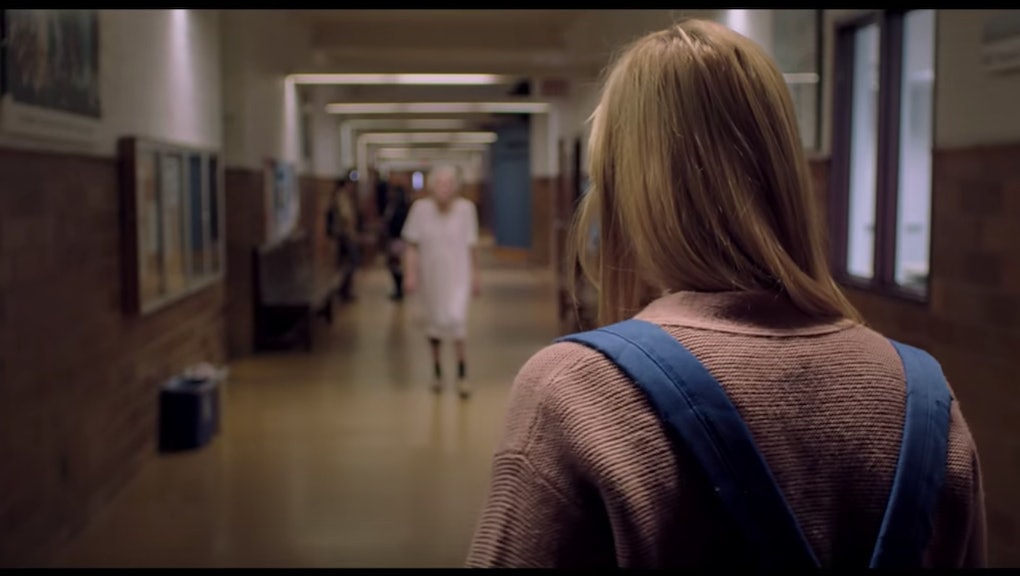 The best horror movies to watch on Halloween, for each kind of horror lover

If your idea of celebrating October is less Pumpkin Spice everything and more indulgent horror movie binge-watching, then you've got a lot of options to choose from.

More than any other film genre, horror has the largest discrepancies between what's good and bad, and what type of horror viewers can be treated to. For example, the gory terror of Hostel is scary in its own right, but not in the same way as the cerebral mindfuck that is Black Swan. That's the thing: Some horror films can't appease everybody.

With that in mind, here's one list of horror movie suggestions to watch this Halloween, divided into six horror movie subgenres. You can thank us later — after you crap your pants.

What's really terrifying about It Follows, one of the best horror movies to come from the 2000s, is the simple conceit that sex could kill you. That's how someone can transfer the eponymous "It" to follow another unsuspecting victim, and that person is ultimately the only one who can see the monster in its many forms (including your dead, naked father, lest you be so fortunate).

At its core, It Follows also captures a baser instinct — something is following you, slowly, at all times — that's sure to mess with your head.

The campiness of the Evil Dead series increases exponentially with each entry in the Bruce Campbell-led franchise, but the first two films are also renowned for their gratuitous amount of gore. In the case of the first film, that also includes an infamous tree rape scene that may go down as one of the strangest — and most disturbing — scenes in the horror genre.

It's not for the squeamish, but again, this is a suggestion for the gore-enthused.

Academy Award-winning horror: The Silence of the Lambs

If you want to watch a prestigious horror movie — say, one that's won an Oscar for best picture — you have literally one option: The Silence of the Lambs. But there's a reason it's earned heaps of praise, and a lot of it falls on the shoulders of Anthony Hopkins' terrifying portrayal of cannibalistic serial killer Hannibal Lecter.

What's even more impressive is that Hopkins achieves this in less than 20 minutes of screen time. However, the rest of the film — which follows FBI agent Clarice Starling on the hunt for another serial killer, Buffalo Bill — is similarly terrific.

The first Insidious doesn't not short-change its audience with jump scares, and like the best jump scares in horror movies, many come unexpectedly. Perhaps most notably is the garish red-faced demon that pops out from behind Patrick Wilson's character.

It makes for a funny GIF, but in the moment, it's downright horrifying.

There are so many silly tropes in horror movies that invite parody, and Wes Craven's Scream series is far and away the best example of a horror film that's a meta-commentary of these concepts.

It's not devoid of laughs; in fact, there's more than a few instances in which the protagonists are self-aware in the mistakes they make (one character going into an empty garage, where the killer can strike). But the first Scream, in particular, is equally effective in its horror. The opening sequence in which Drew Barrymore's character is stalked by the masked killer, would be a terrifying short film in its own right, complete with the now-famous tagline: "What's your favorite scary movie?"

There are more than a few horror films that are worthy of the distinction of being, "So bad, it's good." Is there any better, or more entertaining, example than Troll 2, which even had a documentary trace the film's history, appropriately titled Best Worst Movie.

It's become a cult phenomenon for a variety of reasons, as explained by the A.V. Club when discussing Best Worst Movie, including its cringe-worthy acting and horrible dialogue. For any Troll 2 viewer — or really, anyone who has an internet connection — it's hard to forget the horrendous line delivery from Arnold (Darren Ewing).

"They're eating her! And then they're going to eat me ... OH MY GOOOOOOOD!"