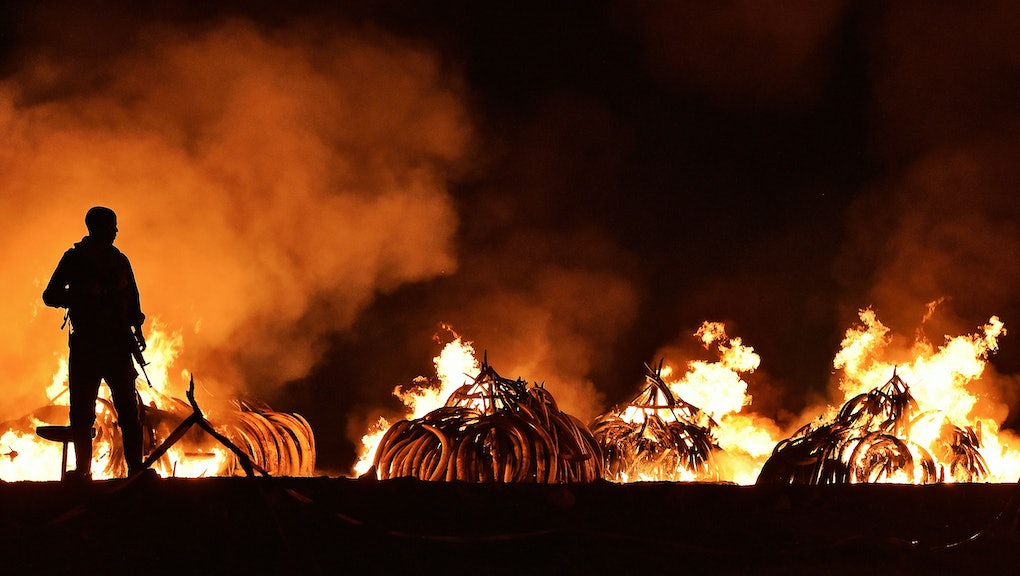 Two-thirds of our animals will likely be gone in 3 years' time, WWF report says

If humans don't do anything to reverse the trend, by 2020, we will have lost two-thirds of the animals we had in 1970, according to the World Wide Fund for Nature's 2016 "Living Planet Report."

This decline is attributable to a confluence of factors — most of which are human-driven — including extraction of natural resources, climate change, hunting, pollution and overexploitation of species, to name a few.

As a result, some scientists argue we are departing the "Holocene Epoch" — the geological era of the last roughly 12,000 years since the last Ice Age, in which the earth offered hospitable living conditions for a plethora of species — and entering "Anthropocene," an era "in which humans rather than natural forces are the primary drivers of planetary change."

It's not just other species that are paying the price for humans' reckless treatment of the planet; humans are suffering as a result, too.

"Increasingly people are victims too of the deteriorating state of nature," WWF's report explains. "Living systems keep the air breathable and water drinkable, and provide nutritious food. To continue to perform these vital services they need to retain their complexity, diversity and resilience."

The WWF offers some optimism, suggesting if humans wield the power to damage and undermine biodiversity to this extent, they also have the power to help it: and doing so is a cruciality, it urges.

"The richness and diversity of life on Earth is fundamental to the complex life systems that underpin it," WWF director general Marco Lambertini said, the Guardian reports. "Life supports life itself and we are part of the same equation. Lose biodiversity and the natural world and the life support systems, as we know them today, will collapse."