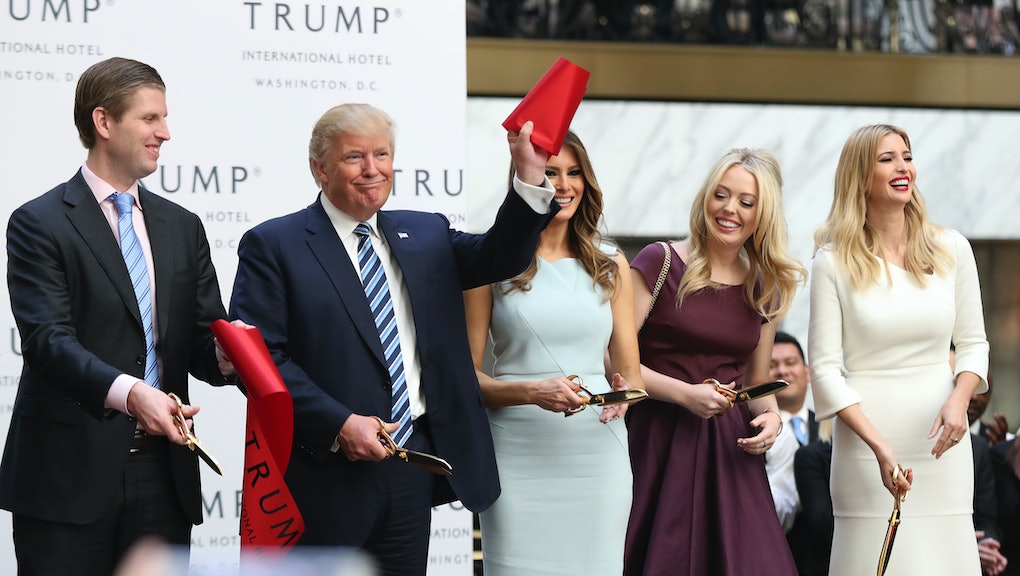 Neither Donald Trump's kids nor his inner circle have donated to his campaign, per report

Donald Trump has given more than $50 million of his own personal fortune to his campaign.

But his children, who have also amassed considerable wealth in their roles within the Trump Organization, have not opened their wallets to support their father's bid, the Daily Beast reported.

With just 11 days remaining until Election Day, the only Trump offspring to spend money on the campaign was Eric Trump, who spent $376.20 on an itemized disbursement titled "meeting expense: meals," according to the Daily Beast report. Federal Election Commission filings show he was later reimbursed for the contribution.

Ivanka Trump and Donald Trump Jr. — who contributed to Hillary Clinton's campaign back in 2007 — have not donated anything to their father's campaign, according to FEC filings. Tiffany Trump has also not contributed, FEC filings show.

Overall, Clinton has a commanding fundraising lead headed into the final stretch of the campaign.

Trump entered the final three weeks of the race with $16 million in the bank, while Clinton had $62 million in her war chest.

Trump has also fallen far short of the $100 million he pledged to put into his campaign.

In October, despite pledging to match donations, Trump gave just $31,000 to his campaign.

That brings his total personal contributions to his campaign to $56 million, according to his latest FEC filing.

A cash advantage in the final days of an election pays both for campaign ads and a campaign's turnout operation — which is often key to victory.