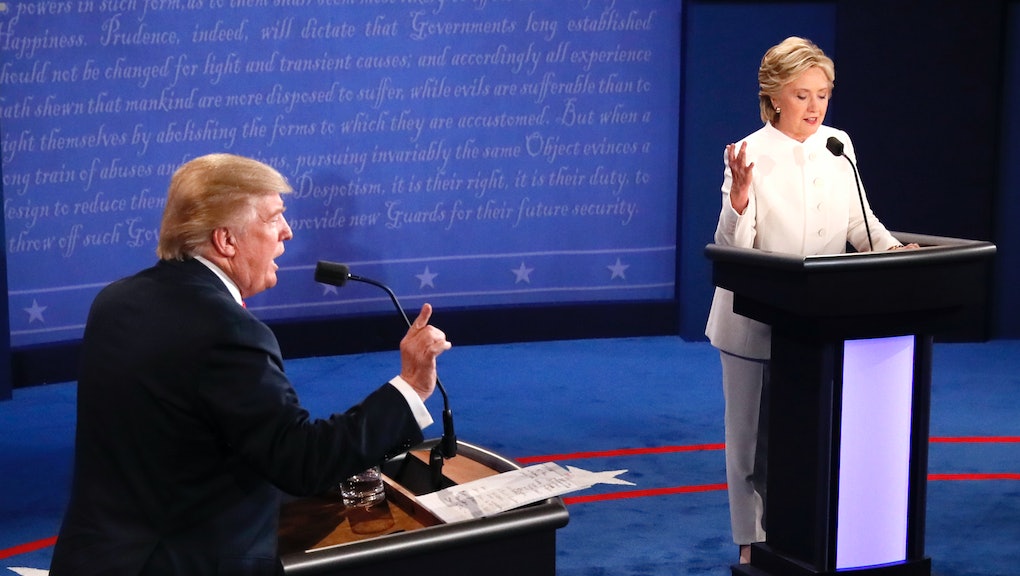 With less than two weeks until the presidential election, Hillary Clinton continues to lead Donald Trump nationally by more than 4 points. And with more than 12 million votes already cast, according to CNN, that wide margin benefits Clinton.

But Friday afternoon saw what could be the most damaging "October surprise" to date: The FBI has reopened its investigation into Clinton's emails. In July, FBI Director James Comey announced that Clinton was "extremely careless" but that she should not be charged for unsecurely sending emails that contained classified information.

"In connection with an unrelated case, the FBI has learned of the existence of emails that appear to be pertinent to the investigation," Comey said in a letter to members of Congress on Friday. As Mic's Celeste Katz noted, the news could be very damaging for Clinton's campaign.

The timing of the renewed investigation couldn't be worse: Less than two weeks remain before the historic Clinton-Trump battle concludes.

After Comey said there should not be charges against Clinton in July, a poll found more than half of Americans believe Clinton broke the law. Four in 10 said she did so intentionally. Given those negatives, and the fact more than half the country still views her unfavorably, this news could swing the views of some voters in the final days of the campaign.

On the campaign trail yesterday, Clinton was telling her supporters to not become complacent. While her numbers have cast a positive light on her campaign, a Thursday jaunt across Florida was tinged with the feeling Trump could surge, Mic's Stefan Becket wrote.

Just about anyone not named "Trump" who isn't being paid by his campaign assumes Clinton is coasting to victory.

There are notable gaps between who supports Trump and Clinton. Mic's Stephanie Gaskell noted major leads Clinton holds with support among women and minority voters.

Clinton, who would be the first female president in United States history, has strong support among women, 49% to Trump's 34%.

The polls would have to tighten dramatically to increase Trump's odds in the presidential election. Mic's Will Drabold wrote that Clinton has the lead in several key swing states. And for now, the route to victory in the electoral college is very difficult for Trump.

But with the explosive news about the FBI reopening its investigation into Clinton's email server, the race could change substantially.