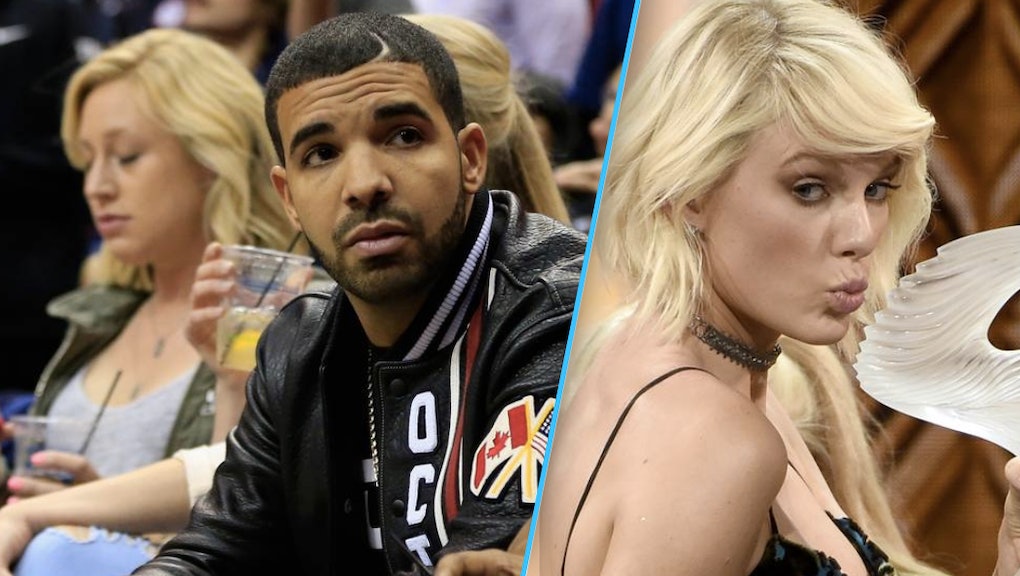 Are Taylor Swift and Drake dating? The internet is having a meltdown over the rumor

On Friday, rumors surfaced that everyone's Canadian boyfriend Drake is dating controversial singer and squad-leader Taylor Swift. The news is as-yet unconfirmed, but everybody and their mother is freaking out over the idea that the two could be together. And just imagine the break-up songs that would be written if this maybe-pair were to hypothetically split!

On Thursday, TMZ reported that Taylor attended Drake's birthday party in West Hollywood, where she met his mom — his mom! — and that's what sparked the latest dating rumors. But according to TMZ, there's nothing actually going on between the two, and they're "only friends." Also, Drake is maybe still with Rihanna?

But despite the wishy-washy nature of the rumors, people on Twitter were freaking out Friday at the thought of Drizzy with Tay.

Now if only someone would make a mashup of "Hotline Bling" and "Our Song."