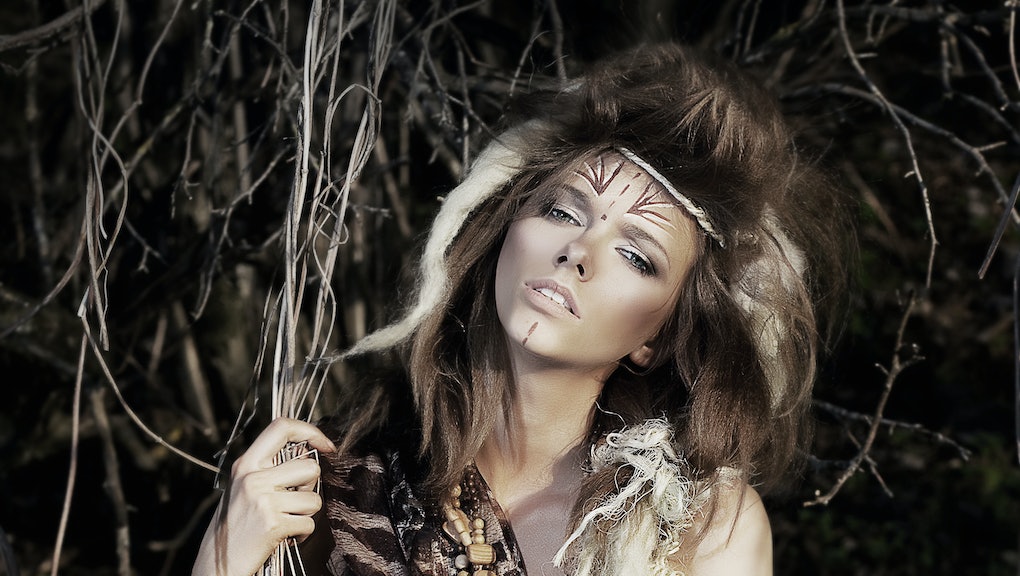 The only thing that might be scarier than killer clowns are people wearing racist Halloween costumes.

In fact, while Halloween is still a couple of days away, offensive costumes — which are easily avoidable have already popped up on the internet.

These examples are just a few of the worst of the worst ideas — that we've seen so far — this Halloween. And of course, people are already freaking out about them. It is, indeed, pretty scary out there. Proceed at your own risk.

1. Hilary Duff and her boyfriend in "Native American and Pilgrim" costume

The former Lizzie McGuire star and her boyfriend Jason Walsh thought it would be a clever idea to don a couple costume as a "pilgrim and Native American" at a Los Angeles Halloween Party on Friday.

Two days later, Duff issued an apology on Twitter. She confessed she didn't thoroughly consider how her costume may be offensive to people of the indigenous identity.

"I am SO sorry to people I offended with my costume," Duff tweeted. "It was not properly thought through and I am truly, from the bottom of my [heart emoji] sorry."

Walsh also posted an apology. On Instagram, he told his followers he meant no "disrespect" toward Native Americans and admires them.

"I meant no disrespect," Walsh posted. "I only have admiration for the indigenous people of America. In hindsight I would not have made that decision. I apologize to anyone I may have offended."

2. A University of Arkansas student wore blackface for his Bill Cosby costume

On Oct. 28, Brock Denton was kicked out of a party at his fraternity house for wearing blackface with his Bill Cosby costume.

The university president wrote a handwritten statement about the costume, but Denton defended his decision on Instagram.

"Within a matter of a few hours social media has made out to be a monster, a racist, a supremacist and those are just three of the many hateful names I have been called," Denton wrote, according to Fusion.

"I am the farthest thing from discrimination [sic], as a matter of fact I fight for equality everyday, I've been writing a book for the past two years on what it really means to be a good person," Denton added.

Yeah, OK. Hopefully, there isn't a chapter on blackface in that book.

Native American protesters are being shot at with beanbag rounds and arrested by police officers, but these white women — who clearly disagree with protesters about the Dakota Access Pipeline — decided to dress as indigenous #NoDAPL protesters.

They dressed in Native American headdresses and held up signs with the hashtag "#NoDAPL." They also mocked indigenous people's fight for their right to clean water on their reservation.

At a World Series match on Wednesday between the Cleveland Indians and the Chicago Cubs, a white man showed up to the stadium wearing stereotypical Native American war paint and a headdress.

Andreina Solórzano, a Colombian news anchor for CM&, a television program network in Bogota, was under fire for wearing a costume in blackface. While Solórzano claims she dressed in blackface out of respect and love for black Colombians, social media users took to Twitter to call out the problem with blackface and wearing other racist Halloween costumes.

Target's version of an "Arab" costume features a white male model riding on a fake camel, wearing a white tunic, and gold and purple headdress.

This "sexy Saudi burka" costume features a white model dressed in a skimpy black dress with sequins on the hem and a matching veil. The model for the "Arab" costume appears to have brown-painted skin and is donning a "Palestine scarf" as a headdress.

Party City is selling probably the most vile and offensive "Mexican" costume this year. The model is shown wearing a sombrero, poncho, a long handlebar mustache and a stuffed grey donkey.

In an time where the Republican presidential nominee has vilified Mexicans as "thugs" and "rapists," this costume perpetuates more harmful and dehumanizing stereotypes about them. Not cool.

Here are a few more important reminders from Twitter users about those offensive Halloween costumes: