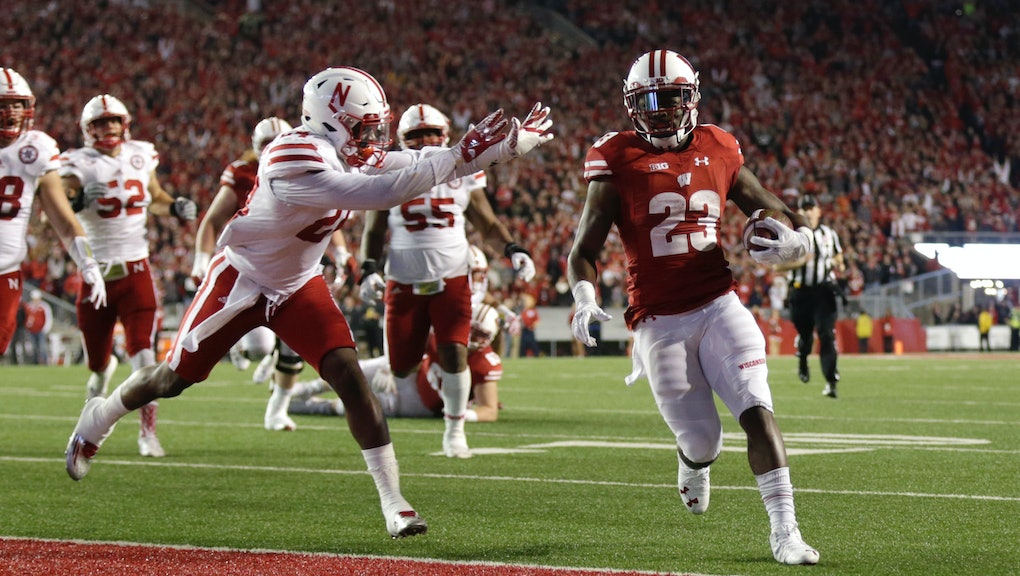 Two individuals at a University of Wisconsin-Madison football game on Saturday night wore a costume of a man lynching President Barack Obama, leading stadium staff to ask them to take it off.

In a statement, university officials said the costume, which also came with a mask of Democratic nominee Hillary Clinton so that it appeared as though both were being lynched, was "repugnant" but nonetheless a form of free speech.

A sandwich board around the spectator's neck read, "What different at this point does it make, really Hillary???"

"UW Athletics' guest services staff were dispatched to the individual's seating area where they asked him to remove the offensive components of the costume," UW-Madison wrote. "He complied."

"The costume, while repugnant AND COUNTER TO THE VALUES OF THE UNIVERSITY AND ATHLETIC DEPARTMENT, was an exercise of the individual's right to free speech," they continued. "The university also exercised its rights by asking the individual to remove the offensive parts of the costume."

On Twitter, university police responded to criticism of the decision to allow the duo to enter the game by writing "we provided you with a statement of what happened and how it was handled. Thank you." Campus police chief Sue Riseling also wrote "exercising your first amendment rights doesn't require good taste."