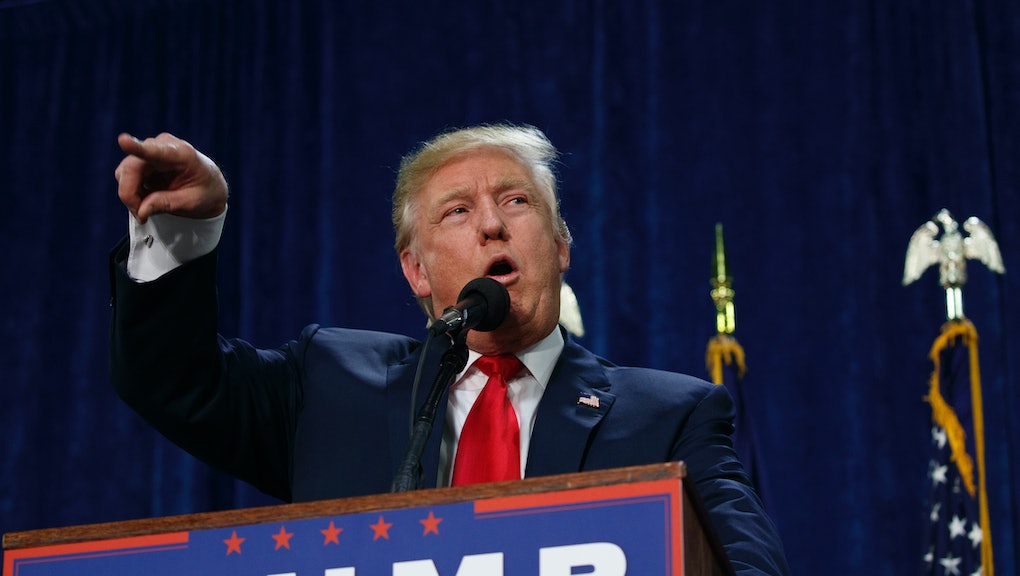 A Donald Trump supporter enthusiastically wished Hillary Clinton and her top aide Huma Abedin would die in a car crash.

During a rally in Las Vegas on Sunday, Wayne Allyn Root, a conservative pundit and avowed Trump supporter, said he hopes the 2016 election ends like the movie Thelma and Louise — in which the two characters drive off a cliff to their presumed death while fleeing law enforcement.

"She's got Huma driving and they're headed for the Mexican border," Root said, according to Mediaite. "I have a name for the future TV movie. It's called Driving Miss Hillary. And the ending, if we all get our wish, is like Thelma and Louise!"

"Okay, asshole. Where to start? You don't get to use T&L without knowing that they would have blown that Trump train straight to hell," Khouri tweeted.

Khouri added that the ending of the movie was meant to show the two characters as "beacons of empowerment."

Root is not the first Trump supporter to use violent rhetoric about Clinton.

Trump himself called for "Second Amendment people" to prevent Clinton from nominating Supreme Court justices if she won — a comment seen as calling for Clinton's assassination.

Trump also has called for Clinton's Secret Service detail to disarm and "see what happens to her."

Other Trump supporters at rallies chant things like "hang the bitch" and hold dolls depicting Clinton in a noose.