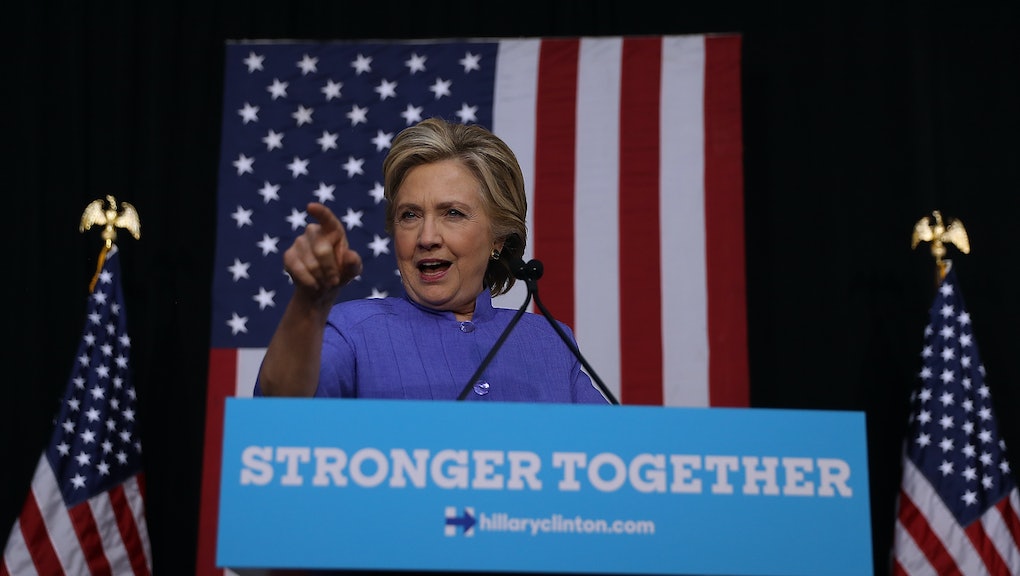 Early voting numbers out of Nevada bring good news for Hillary Clinton, as Democrats look to be building an all but insurmountable firewall of votes with eight days to go before Election Day.

Democrats have a 31,000-vote lead over Republicans, according to Jon Ralston, a longtime Nevada reporter and the dean of the state's press corps.

That early vote lead is similar to the one Democrats had in 2012, when President Barack Obama won the state by a nearly 7-point margin over Republican nominee Mitt Romney.

In another promising sign for Clinton, Ralston noted that Democrats also lead early voting numbers in Washoe County — the swing county in the state — and are performing better there than they did four years ago.

And while some feared fallout from FBI Director James Comey's announcement that the bureau was looking at more emails potentially tied to Clinton's use of a personal email server, Democrats actually grew their lead in early ballots in Nevada over the weekend — immediately after the news broke.

Michael McDonald, a professor at the University of Florida who tracks early voting data across the country, said more Democrats voted in Nevada on Sunday than they did on the same day in 2012.

But voter registration and polling data suggests that Democrats have largely coalesced behind Clinton, which means many of the Democratic early votes cast should be for her.

If Clinton wins the Silver State, she can still win the White House while losing Florida, Ohio, Iowa, North Carolina, Arizona and Georgia — assuming she holds on in Pennsylvania, Colorado and Virginia.