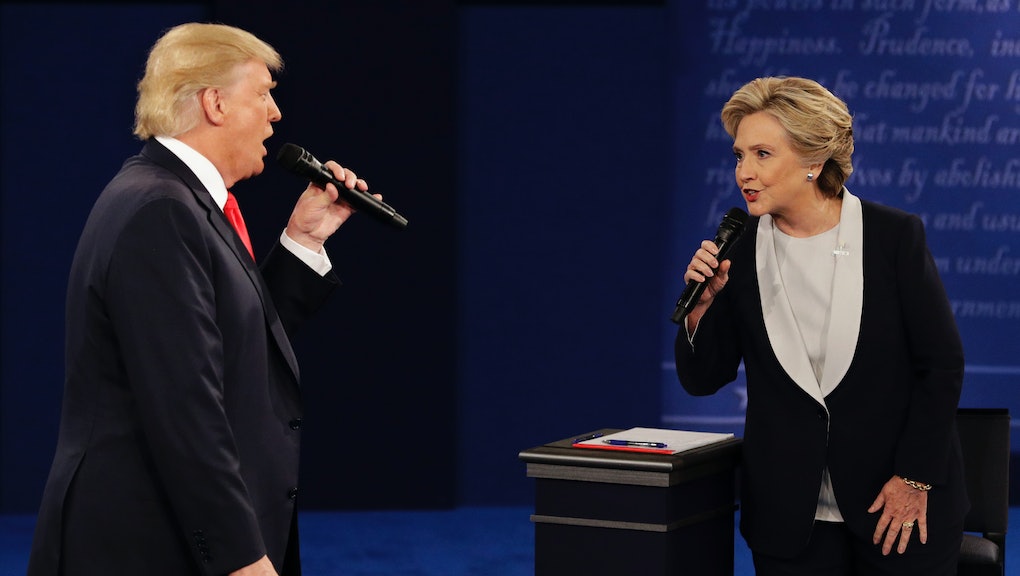 Donald Trump vs. Hillary Clinton: Where the candidates stand one week before the election

After Friday's dramatic development — in which FBI Director James Comey's announced that the bureau would be revisiting the issue of Hillary Clinton's private email server — many Democrats feared Republican rival Donald Trump would get the boost he needed to jump ahead in the race. But so far, the fallout hasn't been all that drastic.

How Clinton's poll numbers have been affected

Some polls show the Democratic candidate's lead narrowing ever so slightly. But two Politico/Morning Consult polls taken before and after Comey's announcement show Clinton's lead was barely affected.

Before the drama broke out, Clinton was leading by three points in a four-way race (including third party candidates Gary Johnson and Jill Stein) and five points in a two-way race with Trump.

After Friday's email incident, she now has a three-point lead in both categories — and with a two-point margin of error, Clinton's lead appears to be relatively fixed.

RealClearPolitics, which aggregates major national polls, shows Clinton in the lead in every poll. Indeed, some aren't as comfortable for the Clinton camp as others.

And an average of all the polls on RealClearPolitics — in a four-way race — leaves Clinton at 45.4% nationally, compared to Trump's 42.6%.

Does Trump have a chance of winning?

A chance, yes, but not much of one. Trump supporters won't be thrilled with FiveThirtyEight's statistical projection for a President Trump. (The site's founder, Nate Silver, was the only pundit to accurately predict the way each state would swing in the 2012 elections.) FiveThirtyEight predicts Clinton has a 78.1% chance of winning versus Trump's 21.9% shot.

But with only a week left before election day, pollsters and statisticians don't have that much time left to keep guessing how this will all play out.