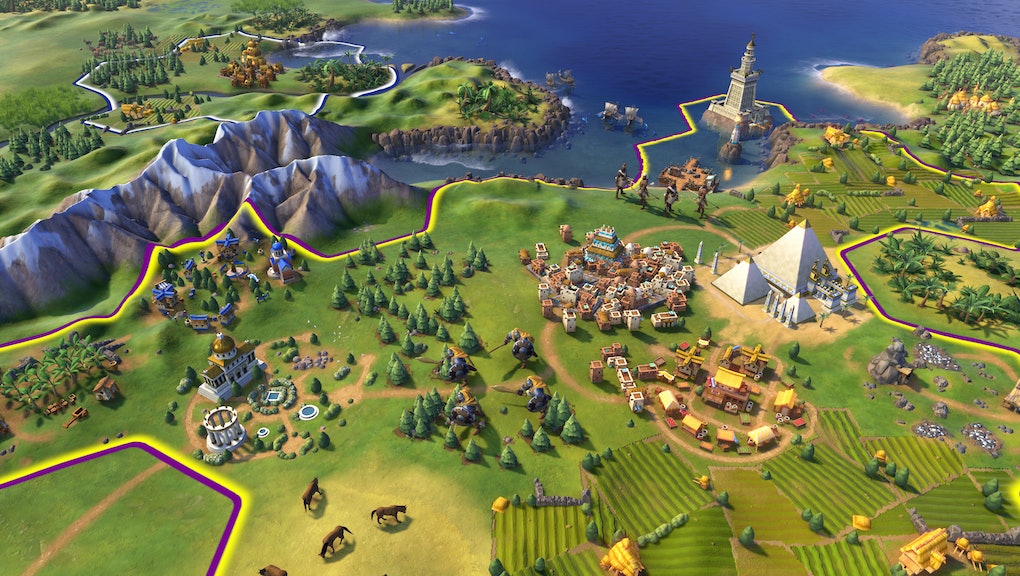 'Civ 6' tall vs. wide: How many cities should you build in 'Civilization VI'?

In Civ 6, keeping your civilization strong and growing requires hundreds of decisions, and one of the most basic is whether or not you want to play "tall" or "wide." Tall means having fewer but more powerful cities, and wide means having more but less-powerful cities.

Players on the Civilization 6 subreddit /r/civ have been debating the question of tall vs. wide for over a week, and which choice you make seems to depend mostly on science and war.

Civilization city spamming: The relationship between population and science has changed in Civ 6

Therefore, playing tall in Civ 6 might make the most sense if you're going for a scientific victory, garmeth06 argues. You can focus on spending production on the buildings that grant you more science, versus spending the same production on entirely new cities.

Tall vs. wide: The more cities you own in Civ 6, the more deadly wars can become

You don't need to play Civ to know that the more an empire expands its borders and has more territory to defend, the more troops that empire needs to protect those borders. This becomes a slippery relationship to maintain, and it's something to consider before going wide in Civ 6.

You also need to worry about how expanding borders can anger nearby civs and potentially lead to war. If you play a tall strategy, you eliminate many of these concerns.

Tall vs. wide: If you want flexibility in Civ 6, play wide with lots of cities

Redditor superfeds in the comment thread brings up an interesting counterpoint. Playing tall might be good if you are going for a scientific victory, but that's a very specific strategy that assumes a peaceful game.

"Tall is situational and may lean towards [a] science victory," superfeds writes. "However I think going wide gives you more options and flexibility. With the multiplayer aspect of this game looking more popular and stable than 5, I doubt any totally pacifist strategy will be 'standard.'"

Another commenter, Shiesu, says that playing wide could actually be better for a science victory if buildings are what generate the majority of your science.

"As you said yourself, population doesn't really matter that much," writes Shiesu. "Flat bonuses from buildings do. With 8 cities operational, I am [literally] making almost double the science you're making off of 4. And double the culture. And double the military. Probably not quite double the gold, and certainly not a lot more tourism. But still."