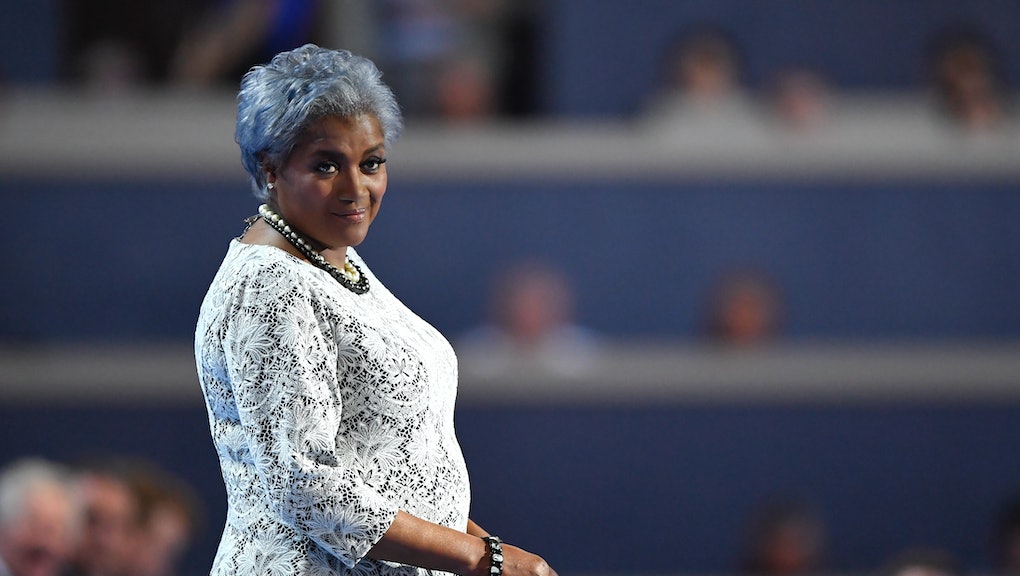 The latest document dump from WikiLeaks is ramping up questions about whether Hillary Clinton ally Donna Brazile tipped the candidate off to questions ahead of the cycle's primary debates.

In a March 5 missive released by WikiLeaks, Brazile, a former CNN commentator, told top Clinton aides John Podesta and Jennifer Palmieri that "a woman with a rash" whose family "has lead poison" would pose a question about how the next president would aid people dealing with lead-tainted water in Flint, Michigan.

When Clinton faced off against Democratic primary rival Sen. Bernie Sanders in Flint for a CNN-sponsored debate, she fielded a question from public housing program manager Mikki Wade, a mother of two who asked:

The water has impacted our lives in such a way that living comfortably in our home isn't the same anymore. The constant drives to pick up water just so my children can wash their hair, to wash our fruits and vegetables, and to brush our teeth is incredibly difficult. Once the pipes are replaced, I'm not so sure I would be comfortable ever drinking the water... If elected president, what course will you take to regain my trust in the government?

On March 12, Brazile, now interim chairwoman of the Democratic National Committee, emailed again, saying she'd send more information if and when she gleaned it.

As Mediaite and other outlets noted, Brazile had already been flagged by WikiLeaks as funneling information about potential CNN debate or town hall questions to the campaign.

A CNN spokeswoman said in a statement that the network was "uncomfortable" with the new revelations about Brazile, who resigned from her role as a contributor earlier this month. The spokeswoman said CNN never gave Brazile access to advance information about its events:

Brazile, who has denied any inappropriate information exchanges while on the CNN team, on Monday referred "media" to her previous comments on the matter and also tweeted:

Republican Donald Trump and his fans, of course, have been reveling in each WikiLeaks drop that reveals more internal communications between poll-leading Clinton and her inner circle.

Trump, down just 2.5 points in the latest RealClearPolitics average of national polls on the presidential contest, has also been crowing about the resurrection of questions about Clinton's private email server.

In a stunning development late last week, FBI Director James Comey announced the surfacing of new and potentially pertinent emails found as the result of a separate investigation into the sexting scandal of former Rep. Anthony Weiner, the estranged husband of top Clinton aide Huma Abedin.

The New York Times reported Sunday that the FBI had obtained a warrant to search Abedin's computer.

Clinton, for her part, has said that if Comey has relevant new information, he should make it public.