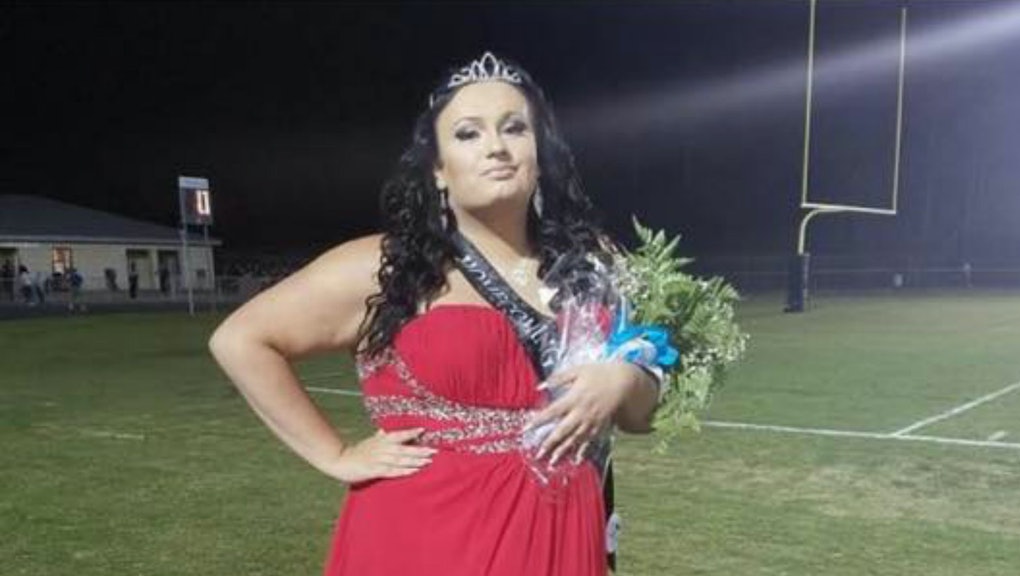 All hail the queen.

On Oct. 24, 18-year-old Selena Milian snatched the crown and became the homecoming queen at Overhills High School in Spring Lake, North Carolina, TransCafé reports. According to the news outlet, Milian felt "nothing but love and support" from her peers.

TransCafé also reported that Milian is the first transgender homecoming queen to be crowned statewide. Mic reached out to Milian but has not yet heard back.

"This is a military-based town, so it's not always the most welcoming for trans people, but that hasn't stopped me from being myself," Milian told TransCafé.

Selena said that during her four years at high school, she's had to become her own advocate to make change.

"When I first came out as a freshman, I was not allowed to wear dresses," she said. "I've had to stand up for myself every day and correct people in every part of my school."

Milian still deals with transphobia in other aspects of her life: She said she recently had to leave her job because of discrimination.

Milian's victory resonates within North Carolina because the state is the site of the transphobic, controversial HB2, the law that requires people to use the bathroom that matches the gender recorded on their birth certificate rather than their gender identity.

After passing the bill, North Carolina faced severe economic consequences: businesses like PayPal chose not to open a branch in the state. The state lost about $400 million as a result of the law.

Milian's victory is already having a positive effect on her classmates. She told TransCafé that, after her victory, a classmate came up to her and came out as a transgender man.