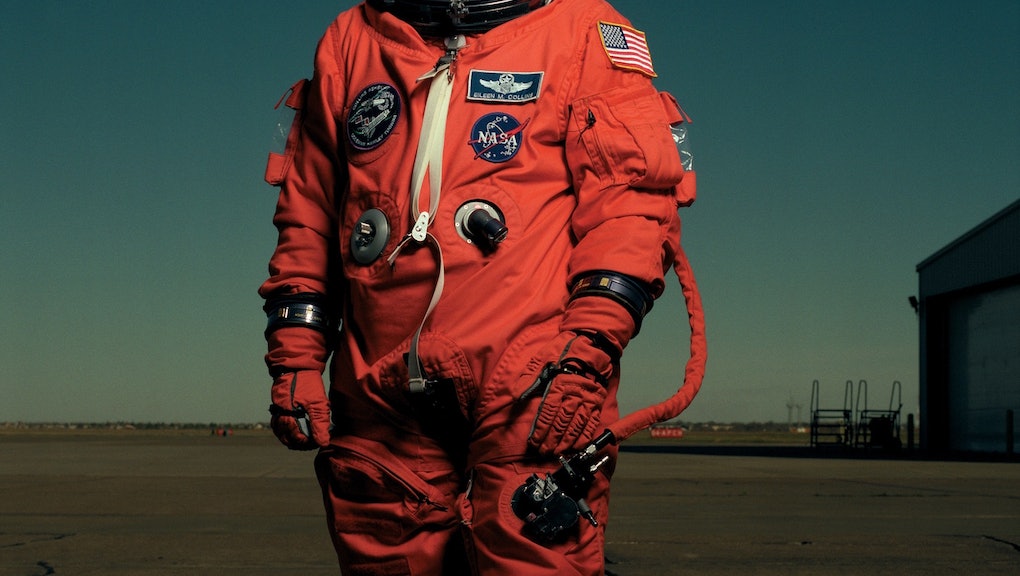 This pioneering astronaut blazed a trail for women engineers to follow

On July 23, 1999, on the eve of the new millennium, Eileen Collins broke through a major glass ceiling on her way to breaking free of Earth's atmosphere. Having already made history as the first female Space Shuttle pilot, in 1995, Col. Collins now led STS-93 Columbia and its mission to deploy the Chandra X-Ray Observatory as the first female shuttle commander in the history of NASA.

As a child, Eileen Collins dreamt of becoming a space explorer despite a lack of female astronauts to look up to. At a time when few women of her generation were pursuing careers in science, technology, engineering and mathematics, or STEM, much less joining the military, she studied mathematics and economics at Syracuse University in 1978 before entering the United States Air Force for her pilot training. After quickly advancing to aircraft commander and graduating from the Air Force Test Pilot School in California, in 1990, Collins was selected for the astronaut program.

Ambition, hard work and timing enabled Collins to excel and prove that women could lead in such a male-dominated field. According to Valerie Neal, curator of the space history department of the Smithsonian National Air and Space Museum, the doors for women with a passion for STEM were opening, and institutions like the military services academies and NASA itself were finally accepting women.

"What they found in each case is there [were] women right on the threshold, ready to come on in and ... prove themselves to be extremely capable," Neal said in an interview. "[Collins] became a female pilot astronaut as soon as it was possible. I don't think anybody could have gotten there more quickly than she did."

Despite Collins's inspirational example, women remain significantly underrepresented across STEM fields. Only one other woman, Pamela Melroy, has been a Shuttle Commander, and although women account for more than 50% of the U.S. population, they make up less than 25% of STEM workers.

Having a role model like Collins and a supportive network to encourage women to enter and stay in STEM careers is critical to increasing gender diversity across STEM industries. Here are a few badass women who are following Collins's example to rise through the ranks and inspire others behind them.

Jessica Rannow, President of the Society of Women Engineers

Growing up in the '80s when the Shuttle Program was at its prime, Jessica Rannow wanted to be an astronaut and recalls the historic example Collins set. "That was a big inspiration at that time when I was trying to figure out my career," Rannow said in a phone interview. "When I think of female engineers that were really coming into their time when I was in college, she was one of them."

Rannow went on to study industrial engineering at the University of Wisconsin-Madison, signing up for a mentoring program with the Society of Women Engineers in her freshmen year. The organization ultimately helped her stay on track when she doubted herself. "Many women engineers have confidence issues like I did after their first semester and having a SWE network helps you stick with engineering," she said.

Elizabeth Bierman's fascination with space began in 1985, when she entered the 4th grade toting a new astronaut lunchbox. Later, on a family trip to the Kennedy Space Center in Florida, she learned about the 1986 Challenger accident, which killed seven NASA astronauts, three of whom were aerospace engineers. "Right there and then, I decided to be an aerospace engineer," Bierman said in a phone interview.

"Any woman astronaut, for me, was somebody you look up to," she said, recalling how Collins's achievements convinced her that her own goals were within reach. Despite sometimes being the only female student in her classes, Bierman found support from the SWE, which helped her through the aerospace engineering program at Iowa State University. Now a senior technical manager at Honeywell Aerospace, Bierman previously served as SWE president and was inducted into the Space Camp Hall of Fame in 2015.

Since the age of three, Mamta Patel Nagaraja followed her older sister's aspirations to become an astronaut — even after her sister's ambitions turned to medicine. Nagajara went on to earn degrees in aerospace engineering, mechanical engineering and biomedical engineering, with her sights set on space exploration.

As manager of the Women@NASA project, which grew out of President Obama's 2009 Executive Order creating the White House Council on Women and Girls, Nagaraja advocates for exposing girls to math and science at a young age and encouraging them to see a future STEM career — particularly into their 30s and 40s, when many women are forced to choose between leaning into their pursuit and having a family.

Paige Kassalen, electrical engineer at Covestro and a ground crew member for the Solar Impulse

Paige Kassalen was inspired to go into engineering because she loved the creativity in the process of problem-solving. Graduating from the Virginia Polytechnic Institute and State University with a degree in electrical and electronics engineering in 2015, Kassalen made history as one of three female engineers (and the only American one) to be on the ground crew for the 2016 Solar Impulse 2 project, the first solar-powered plane flight around the world.

In her application essay for the six-month-long historical flight, Kassalen wrote about how she was unafraid of thinking outside the box and doing something different in order to be innovative. "You really have to have the courage," she said in a phone interview, "and it's hard a lot of times because you don't have someone's footsteps to follow."

Kassalen attributes her success to her support system. The lack of networks for women in Pittsburgh inspired Kassalen to start a Women in Engineering chapter of the Institute of Electrical and Electronic Engineers. Serving as its co-chair, she is on the committee with men over the age of 50.

With a passion for problem-solving at a young age, Iyore Olaye was inspired to pursue an engineering degree by the lack of black women in STEM.

The New Jersey native graduated from Cornell University with a degree in chemical engineering in 2016, the only black woman in her program's graduating class. Calling her accomplishment "bittersweet," Olaye said her biggest challenge was the internal struggle of being demographically different from the rest of her class. "In the classrooms. you don't really see a lot of people like you," she said. "And teaching the classes as well, there aren't a lot of women or people of color."

The isolation and lack of people to relate to often made her doubt herself. But pioneers like Collins or Mae Jemison, the only black woman to go into space, Olaye said, "remind you that, day in and day out, you're working towards something possible."