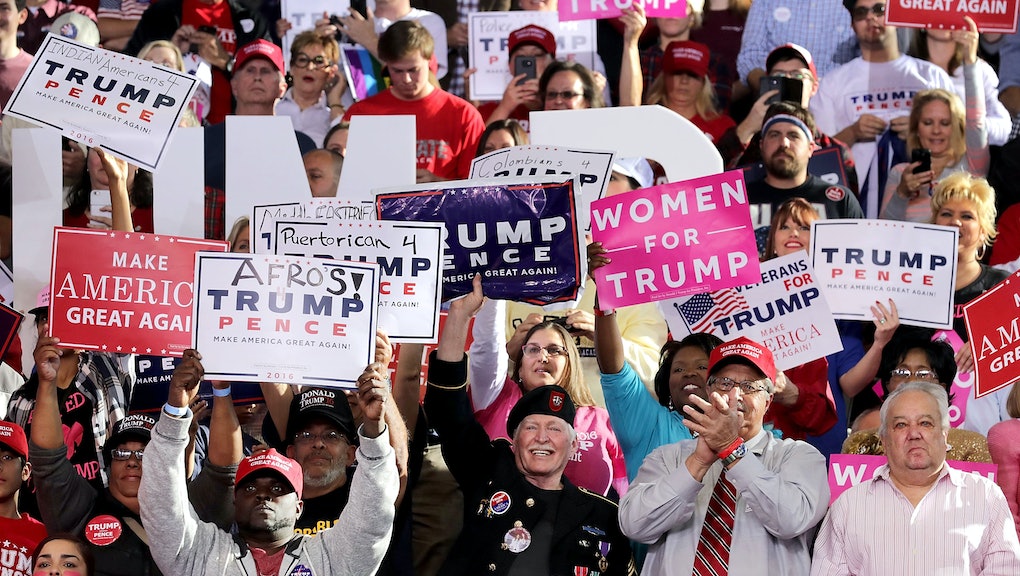 But while white and Republican turnout was up in the early vote, there was also a surge in independent voters. And while that group split substantially for Romney four years ago, it's unclear if the same will happen for Republican nominee Donald Trump.

The battle for North Carolina was expected to be tough. For most of the presidential election, Clinton and Trump polled close together in the swing state. In final polls before election day, Clinton continued to hold a narrow lead over Trump.

North Carolina's 15 electoral votes have typically gone Republican. But like Virginia to the north, the southern state has seen an influx of population in recent years from more liberal parts of the country. The demographic shift has pushed the state more left.

In 2008, Obama shocked Republicans when he won the state by 0.3 points. Romney turned the state red again in 2012. North Carolina was of critical importance to Trump's path to electoral victory.

Ahead of Tuesday, Clinton and Trump had been tied in the Tar Heel State at 44% each, according to the New York Times.