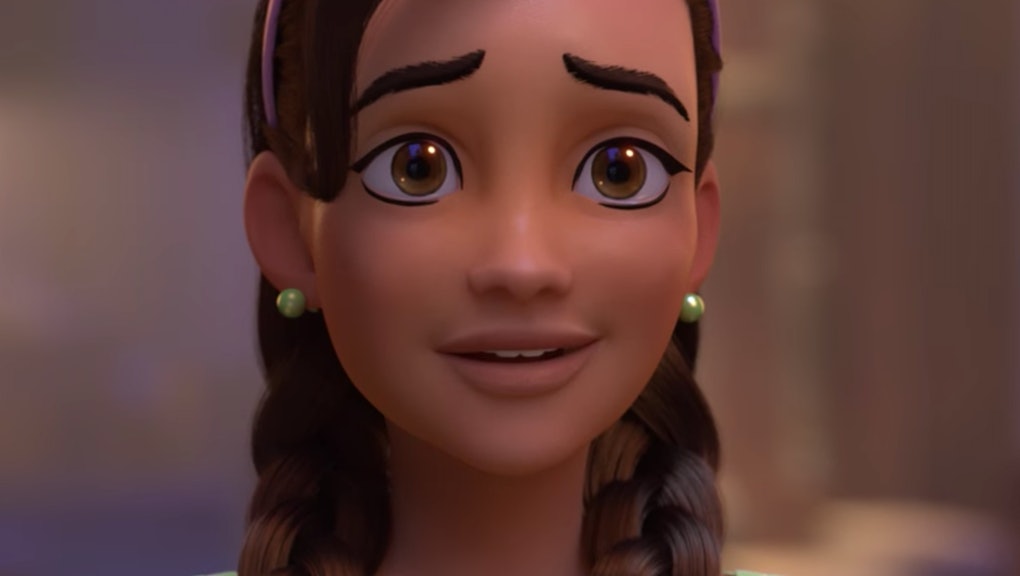 Players of Blizzard's multiplayer shooter Overwatch are on the hunt for clues about a new character believed to be named Sombra. It works like this: Blizzard leaves behind cryptic clues in an alternate reality game — like this one, from a single frame of the Overwatch Summer Games event YouTube video — and fans collaborate on solving what it all means.

It's a cat-and-mouse chase that's been going on for months. Solutions to clues lead to even more clues.

However, one theory floating around the internet suggests we may have already met Sombra — at least, a younger version of her — in the animated short about Soldier: 76, called "Hero."

Have we met Sombra before?

The little girl in "Hero," Alejandra, inspired by the heroic deeds of Soldier: 76, eventually grows up to be some kind of vigilante hacker named Sombra.

Do you see a resemblance? Here's the image leaked on Reddit that purports to show Sombra:

It makes a certain amount of sense, especially considering the latest stages of the Sombra ARG have centered around Sombra's disdain for LumériCo, a corrupt energy company whose power plants can be seen dotting the landscape in the Dorado map — which is where "Hero" takes place, incidentally. Inspired by the heroism of Overwatch (the organization after which the game is named), Sombra could be attempting to inflict some justice of her own through the cyberwarfare of the ARG.

There's one other intriguing clue in the "Hero" short itself that lends some credence to this theory. Near the end, after Alejandra has been saved and is excitedly returning home, she stops to take the poster of Soldier: 76 off the wall. When she removes it, you can clearly see the number "23" on the wall where the poster was.

Some on Blizzard's forums have speculated this is a clue referencing that Alejandra will grow up to be Sombra, who will probably be the 23rd hero of Overwatch — the recently revealed Ana brought the roster to 22.

This would seem like a totally harebrained theory if it weren't for those Mayan numerals that were translated into morse code in the last phase of the ARG.

It's not that wild, right? Or have I just been diving down too far into the rabbit hole? ... Guys?

Either way, the ARG is hinting at something big happening Nov. 1, so hopefully fans won't have to wait too long for an answer.