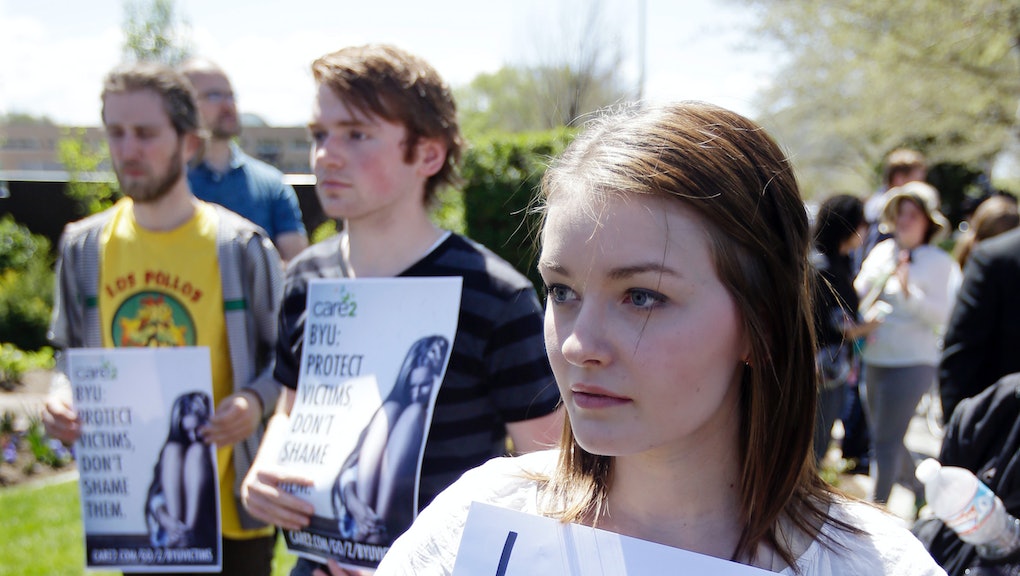 "Emily Doe" sparked a national discussion in June about how sexual violence survivors are treated after she gave a powerful testimony to Stanford student Brock Turner on what it felt like to be sexually assaulted by him. Turner was found guilty of three felony charges for assaulting an unconscious woman and served three months in jail.

In response to her courageous statement, Doe was named one of Glamour's Women of the Year, the magazine announced on Tuesday. And Doe is coming forward once again with a new open letter in honor of sexual assault survivors. The letter is set to appear in the December issue of the magazine.

"Victims are not victims, not some fragile, sorrowful aftermath," she wrote. "Victims are survivors, and survivors are going to be doing a hell of a lot more than surviving."

Here are a few excerpts of the open letter:

On being perceived as a "sad example":

If you think the answer is that women need to be more sober, more civil, more upright, that girls must be better at exercising fear, must wear more layers with eyes open wider, we will go nowhere. When Judge Aaron Persky mutes the word justice, when Brock Turner serves one month for every felony, we go nowhere. When we all make it a priority to avoid harming or violating another human being, and when we hold accountable those who do, when the campaign to recall this judge declares that survivors deserve better, then we are going somewhere.

On what it means to be a survivor:

You can read her entire open letter in full here.