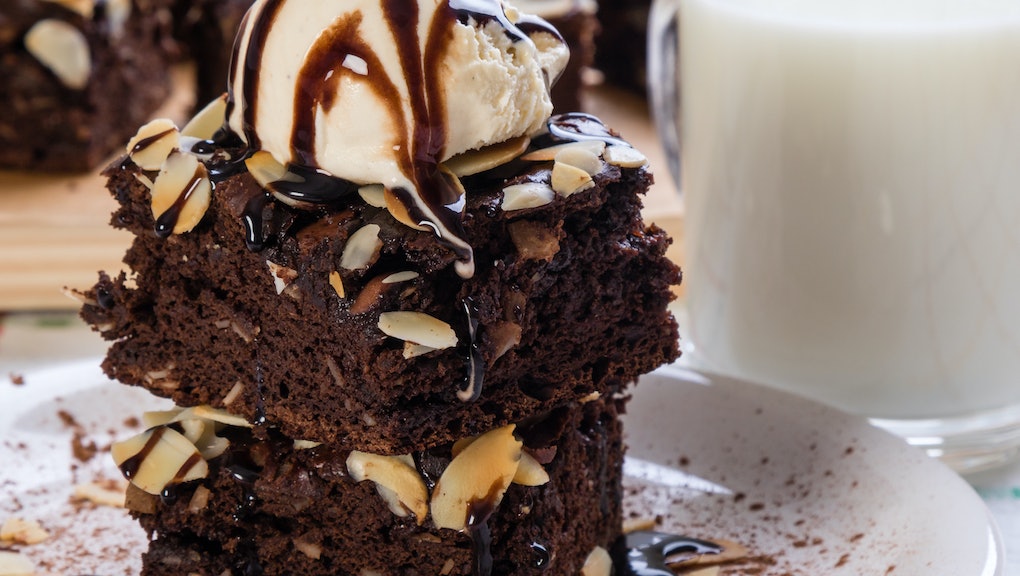 Why we crave the foods that give us all the feels.

There's hunger. And then there's craving.

Hunger is a utilitarian physiological signal that it's time to eat — anything. Cravings, on the other hand, have a sensory desire that can be satisfied with only a specific food. They're triggered in the mind rather than the stomach — an overwhelming desire for something pleasurable that can make us go out of our way to satiate. They're hard to resist, leave us feeling anxious or disappointed when their unsatisfied and make us eat much faster than we should.

Men and women alike crave foods, albeit sometimes along gender lines. In North America and Europe, women tend to be drawn toward sweet foods, like chocolate or ice cream, whereas men tend to crave savory foods, like French fries or barbecue. Where you live can influence the type of food you crave — for instance, chocolate is the No. 1 food craved by American women, while meat-stuffed eggplant tops the list for Egyptian women instead.

But while cravings can be cultural, emotional or situational, there are scientific explanations for why we crave the food we crave. Here are six:

Some researchers argue that humans are programmed to seek out fat and sugar. It stems from an ancestral survival mechanism that helps us through lean times. Back in the days of hunting and gathering, the kinds of calorie content of the foods we typically crave would give us enough reserve energy to get us to our next meal. But in today's world of abundant processed and refined foods, the biological urge has turned into an addiction hard to control.

"As humans, we have evolved to prefer sugar, salt and fat as a survival mechanism," integrative registered dietitian Vanessa Berenstein said in an email interview. "When food was scarce, this mechanism helped us stay nourished. However, since the industrialization of agriculture in the early 20th century, we've found ways to make food abundant and available."

Processed foods high in calories from fat and sugar are now cheap and easy to find, Berenstein said, "but we still prefer these foods because we are biologically wired to."

When a deadline is bearing down on you, or you're dealing with the emotional stress of a fight with a loved one, your body goes into autopilot and you suddenly find yourself craving a juicy burger or a slice of pizza. Why not a virtuous kale salad or a veggie-packed juice? (Yeah, right.) The answer lies in the chemistry of the brain.

"Research shows that when high-calorie foods are eaten, particularly sugar and fat, the pleasure centers of the brain are activated, releasing chemicals like dopamine, serotonin and other opioids," Berenstein said. "Opioids bind to receptors in our brains and give us feelings of pleasure and even mild euphoria."

The cheese in a slice of pizza, for example, contains tyramine and choline, stimulants that trigger chemicals, like serotonin, that give you all the feels. Sugars and processed carbohydrates also boost our levels of serotonin, providing a calming effect all over the body.

Chocolate contain polyphenols that boost your mood and can be an aphrodisiac — studies show that just looking at chocolate can activate the pleasure center of the brain. It's not surprising that we reach for a bar when we're sad or lonely, or during menstrual periods when hormonal imbalances affect your mood.

Putting restrictions on what you eat can cause an overwhelming urge to consume high-calorie or high-fat foods. It's why the common consensus among weight-loss coaches is that diets just don't work — people who deprive themselves tend to suffer from more cravings.

"I routinely see patients who skip breakfast or lunch and then suddenly crave processed foods, sweets or other high calorie foods," Berenstein said. The deprivation leads to a vicious emotional and chemical cycle that rationalizes consuming processed carbohydrates like candy, cakes, fruit juice, soda, white bread and white rice. "These foods are quickly absorbed into the bloodstream and cause a spike in blood sugar followed by a drop, leading to withdrawal symptoms such as fatigue and irritability," Berenstein added. "Eating simple sugars also exacerbates cravings — the more sugar you eat, the more cravings you have!"

Holistic nutritionist Abra Pappa has a different theory, but one that also relates to diets.

"Certain foods have yin qualities and are expansive," Pappa said in an email interview. "Think of sugar and how that makes you feel exuberant, elated, lifted and happy. Foods can also have yang qualities that are contractive, like salt, or a heavy meal of a salty steak. That makes you feel more grounded, full and lethargic."

So, if you are eating too many foods from either side of the spectrum — whether too much yin or too much yang — your body will continually crave the other side. "Like a scale, our bodies are always seeking homeostasis," Pappa added. "So the standard American diet, with heavily processed foods, lots of animal protein and a ton of sugar, will always keep us in a state of craving because we are eating out of balance."

If you're someone who can't have just one forkful of cake or a handful of Cheez Doodles without finishing the whole bag, the explanation may lie in your genes.

"People with the CT or TT variant of the GLUT2 gene may have a higher preference for sugar," Berenstein said. "Geneticists have also found that the CD36 gene impacts our ability to perceive fat. Some people are 'super-tasters' that can easily detect fat while others have less sensory perception of fat. We are also finding that environmental exposures to certain foods can impact cravings and how certain genes are expressed."

In other words, don't blame yourself — blame your parents!

Quite a bit of research has been done on the science behind sugar cravings. According to Pappa, research has found that "when we consume foods that contain sugar, the reward center of the brain lights up like a Christmas tree. Sugar and foods loaded with it affect the reward centers of the brain in much the same way as cocaine, heroin or nicotine does." And just like with drugs, the more you consume, the less satisfied you feel.

"Over time, with overconsumption of sugar, the dopamine receptors start to down-regulate, so there are fewer receptors for the dopamine," Pappa said. "This means that the next time we eat sugar, the 'high' isn't high enough, and we need more and more sugar or sugary foods in order to get the same high. Essentially we will keep needing more and more of sugary foods or heavily processed carbohydrates, and never really feel satisfied."

Thanks to the abundance of cheap, high-calorie processed food available in our grocery stores today, we are at the mercy of misleading labels, vague warnings, a lack of oversight by the FDA and the USDA and the millions of dollars spent by food industry trade groups to obscure health risks.

Packaged foods may seem like a modern day convenience, but according to Pulitzer Prize-winner Michael Moss, they are scientifically engineered to be addictive and cause us to overeat. An investigative reporter with the New York Times and author of Sugar, Salt, Fat: How the Food Giants Hooked Us, Moss described the strategies that food companies use to stimulate our cravings.

"Food companies manipulate our biological desires to scientifically engineer foods that induce cravings to overeat, using terms like mouth feel for fats and bliss point for sugars to tinker with formulations that will trigger the optimum food high. Coke even refers to their best customers as heavy users."

So, the next time you feel powerless to control your own body and at the mercy of a powerful craving, don't be too hard on yourself. Whether it's a matter of chemistry, genetics or profit motive, it seems the double-decker sandwich is stacked against you.