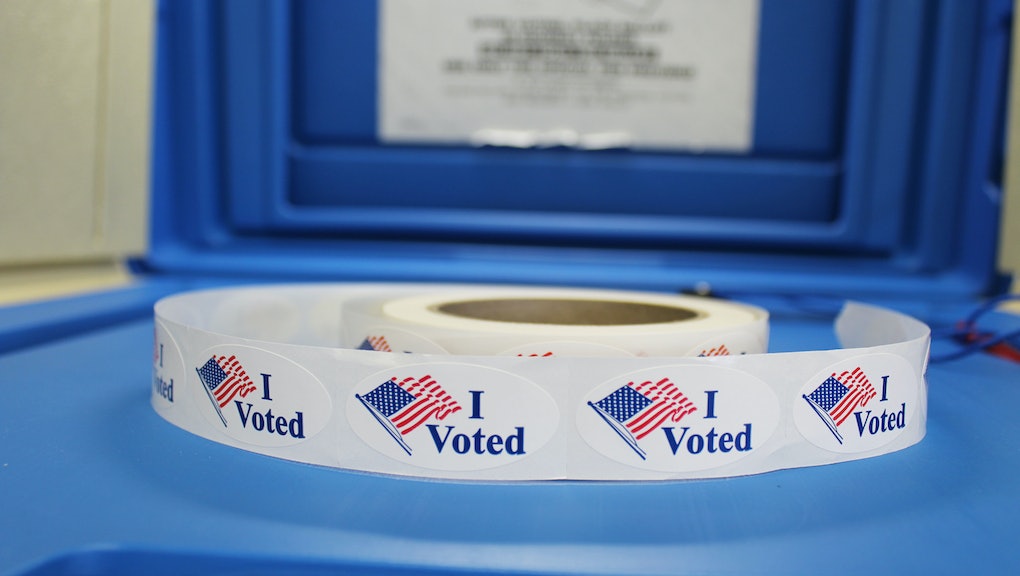 State voting laws: Can I miss work to vote? Here's how to know your rights as a voter.

Confused about whether you can skip work to vote on Election Day next week? Narrowing polls show that the presidential candidates are close, so it's super important to know your voting rights — and get to the polls without issue by the time they close on Nov. 8.

Alas, voting laws can be confusing because they vary from state to state.

If you are not sure whether you are allowed to take time off work to vote, check out the full list of all 50 states and their various rules about employee voting rights, available via FindLaw.

There are 23 states in which you have the right to take paid time off from work to go to the polling station:

On the other end of the spectrum, there are 19 states where there's no law at all on the books requiring employers to let their employees go vote — with or without pay.

Other states fall somewhere in the middle when it comes to voter protections.

For example, in Alabama, there is no law providing employees with paid time to cast ballots, but they're allowed to take unpaid time off work — "unless the employee's work hours commence at least two hours after the polls open or end at least one hour before the polls close," according to FindLaw. (In that case, the rules imply, you must go during your free time.)

New York, on the other hand, requires paid time off for voting, but there are caveats. If you are a New Yorker, you can take two hours paid leave at the start or end of your working day to go vote — unless there's a four-hour gap of time during which your polling station is open but you are not required at work. You must warn your boss and request leave between two and 10 days before Election Day.

Knowing your rights is especially important right now, given renewed attempts at voter suppression in the run-up to the election.