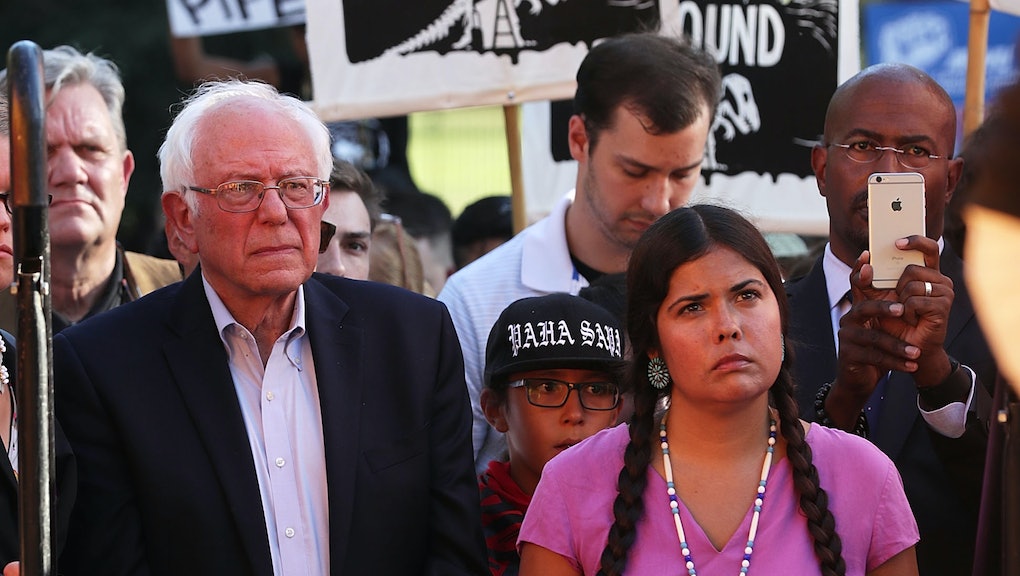 Sen. Bernie Sanders railed against the proposed Dakota Access pipeline on Monday, vowing to stand with the Native Americans and environmental activists who are protesting its construction.

In five tweets, Sanders laid out the reasons why the pipeline should be rejected, which ranged from its threat to the environment to its intrusions on protected Native American land in North Dakota, where the pipeline would start.

Native Americans have been protesting the construction of the pipeline in North Dakota since the spring, as they say it threatens both their native land and the Missouri River.

The Standing Rock Sioux Tribe has filed suit against the pipeline, saying it "threatens the Tribe's environmental and economic well-being, and would damage and destroy sites of great historic, religious and cultural significance to the Tribe."

"It is simply unacceptable to build a project like this without the approval of the Native American residents who live there," Sanders tweeted. "The Native American people have been taken advantage of for too long. They have been lied to and exploited. That has got to stop."