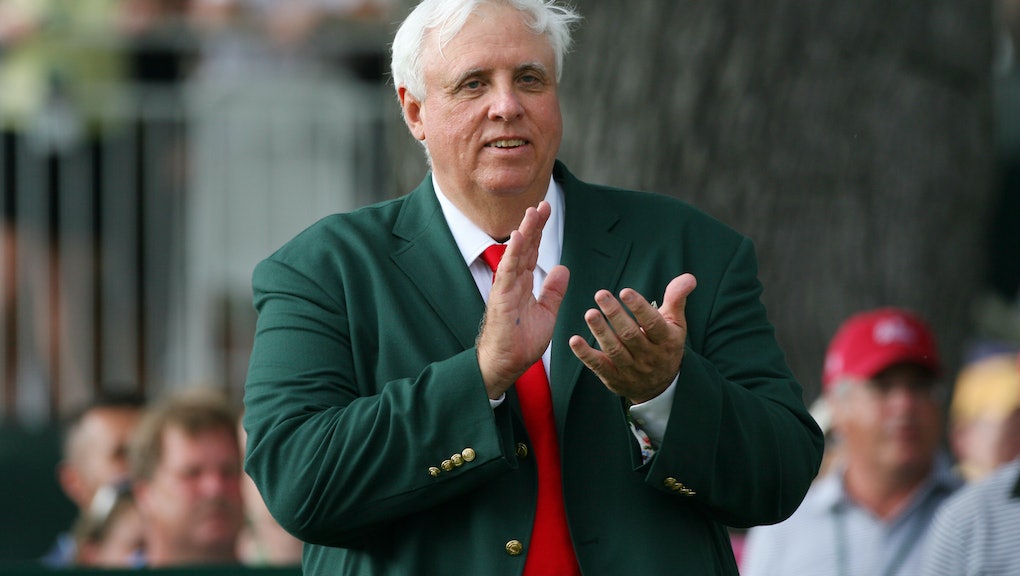 When it comes to the gubernatorial race in West Virginia, polls are hard to come by. And where they do exist, they're unabashedly biased.

By most measures, though, Democratic candidate Jim Justice is expected to defeat his Republican rival Bill Cole in a state widely expected to cast its electoral votes for Republican presidential nominee Donald Trump, a sign of how complicated politics have gotten in the Mountain State this election cycle.

Justice, a billionaire who inherited a coal empire from his father, said he intends to leave the presidential option on his own ballot blank.

"Across the nation, Democrats are trying to nationalize their races because they think they can use Trump as a weapon," Kyle Kondik, managing editor of Larry Sabato's Crystal Ball at the University of Virginia's Center for Politics, told Politico in September. "In this race, it's pretty clear Democrats are trying to localize, because Trump is not a drag but an asset for Cole. This is one of the few places in the country where Republicans are more concerned with nationalizing a race than Democrats are."

There has been little polling in West Virginia. In mid-October, polling conducted by each campaign reported conflicting results, with Cole's camp reporting a dead heat and Justice's reporting a 10-point lead, according to MetroNews.

Incumbent Gov. Earl Ray Tomblin, a Democrat, did not run for re-election due to term limits.

This story will be updated throughout the day. Check back for the latest election results.