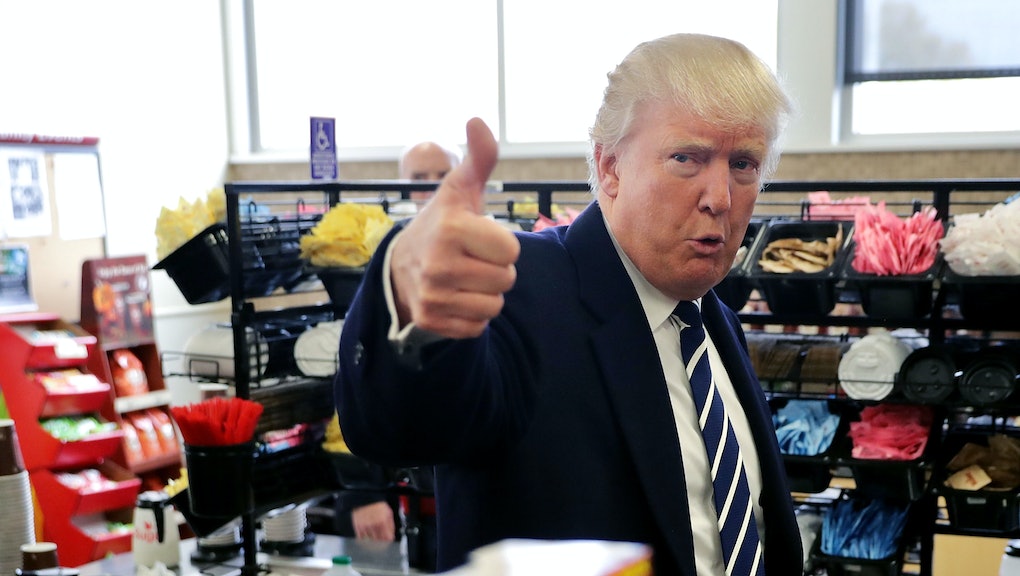 Republican presidential nominee Donald Trump, who has made repealing President Barack Obama's Affordable Care Act one of the primary planks of his campaign, promised on Tuesday to immediately call a special session of Congress to do just that following his election, the Washington Post reported.

"When we win on Nov. 8 and elect a Republican Congress, we will be able to immediately repeal and replace Obamacare," Trump told a crowd in King of Prussia, Pennsylvania. "Have to do it. I will ask Congress to convene a special session so we can repeal and replace."

The only problem? Such a promise might make for a flashy conservative soundbite, but it has no basis in reality.

The current, 114th Congress — which has repeatedly seen no successful attempts to repeal the health care law — will reconvene for a lame-duck session after the elections and remain as such until January 3, 2017. That's the same day its successors, the 115th Congress, will be sworn in.

But the next president won't be sworn in until Jan. 20, 2017, meaning in all likelihood a theoretical President Trump would take office with a fresh 115th Congress already in session. Thus there wouldn't be any need for a "special" session.

Moreover, while Trump has promised to repeal the Affordable Care Act, Democrats would need to suffer crushing losses in the general election to allow for any kind of quick Republican-led repeal. Further, the Republican nominee has offered very few details regarding how he would replace it, though health care markets would likely spiral into chaos if no such alternative was passed into law during a repeal.