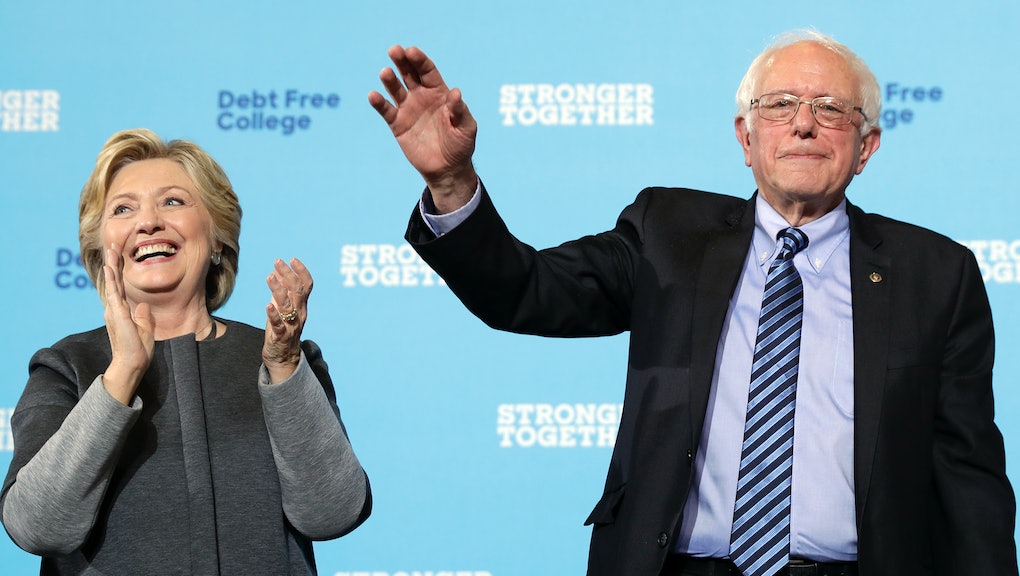 Hillary Clinton has won Vermont and its three electoral votes, the Associated Press reported just before 7 p.m. Eastern on Tuesday. The state was among the first to be called in the presidential election.

Bernie Sanders came out hard on behalf of Clinton in the general election, and Clinton was expected to take Vermont handily.

Vermont is a reliably liberal, Democratic source of three electoral votes, and Hillary Clinton has led Donald Trump by double-digits for the past few months. As of Election Day, she was projected to win the state 27.4 points ahead of Trump, and she had a 98.1% chance of winning Vermont according to FiveThirtyEight.

Sanders, Vermont's popular independent senator who ran against Clinton in the Democratic primaries, was an important surrogate for the Democratic presidential nominee. He campaigned in nearby New Hampshire, as well as Pennsylvania, Arizona and other critical states in the closing weeks of the campaign.

Otherwise, Vermont saw little attention from the two campaigns during the election season.

President Obama won Vermont by 35.6 points in 2012 and 37 points in 2008. Until 1992, Vermont was a reliably Republican state. But the state has trended blue since Bill Clinton, and the margin for Democrats there has become practically insurmountable in recent elections.

In some Vermont districts, absentee ballots came in at record numbers. Vermont is also electing a new governor, and Democratic candidate Sue Minter is hoping to become the second female governor.