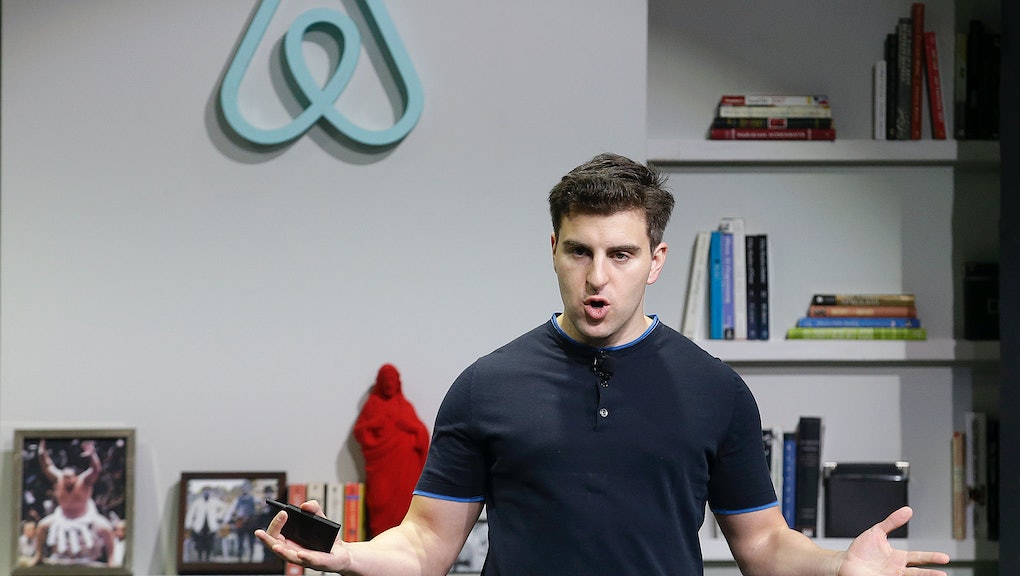 Airbnb just dodged a major bullet. On Tuesday, U.S. District Court Judge Christopher Cooper ruled that plaintiff Gregory Selden — who sued Airbnb for racial discrimination after a host rejected him, allegedly based on his race — couldn't bring the case to a jury trial.

Perhaps most importantly, the judge ruled Selden is not allowed to seek damages through a class-action lawsuit either. Instead, his case will have to be settled through private arbitration.

The reason? It's all in those pesky terms of service.

Airbnb's terms require customers to agree to resolve all legal disputes between renters and their hosts through arbitration — instead of through public courts, a policy Selden's attorneys say gives the company an unfair advantage.

"By placing Mr. Selden's claims into arbitration," Ikechukwu Emejuru, Selden's attorney, said in a statement to the New York Times, "a consumer's constitutional right to a jury trial and access to the courts of law continues to be whittled down gradually but surely."

There are other examples that support Emejuru's claim.

That practice undermines consumer and worker protections, experts told the Times, because it makes it too easy for companies to avoid being held accountable in the courts.

"Our policies are similar to most companies and we've found that arbitration is an effective way to resolve many issues," an Airbnb spokesman said in a statement emailed to Mic. "Our goal is to help prevent discrimination from happening in the first place."

It's easy to see why Selden felt this was a case of racial discrimination: After he was rejected for a listing he tried to book in Philadelphia, according to a report in the Verge, Selden created two fake accounts with white profile pictures and white-sounding names. After that, both attempts to book were successful.

Selden is also far from the first person to make the claim that Airbnb and other sharing and gig economy companies are complicit in racism.

In fact, multiple home-sharing startups for people of color have recently popped up in an attempt to supplant Airbnb — building on momentum from the viral hashtag #AirbnbWhileBlack.

Regarding discrimination: "I guess [Airbnb] didn't think it was that big of an issue," said Noirbnb founder and CEO Stefan Grant, who started his company after a bad experience with an Airbnb in Atlanta.

"Some neighbors next door thought we were robbing the place," he said. "The cops showed up and had their guns drawn."

To make up for the experience, Airbnb offered Grant vouchers, he said, and even flew him and his team out to San Francisco to pitch ideas about how to address discrimination on the platform. But — unconvinced their ideas would be put into practice — Noirbnb's founders decided to form their own company.

"We explained that what happened to us wasn't an isolated incident," Grant said, "but by then story had kind of died down and the PR cycle had moved on, so I guess they thought the issue would go away."

Indeed, a working paper from researchers at Harvard University has found evidence of "widespread discrimination" against Airbnb guests with black-sounding names.

An Airbnb spokesman said the company is taking steps to address the problem, and a report about the company's efforts to promote diversity and inclusion included a pledge to create a full-time team with the task of advancing "belonging and inclusion and rooting out bias."

The spokesman told Mic the team currently has "roughly a dozen" team members.