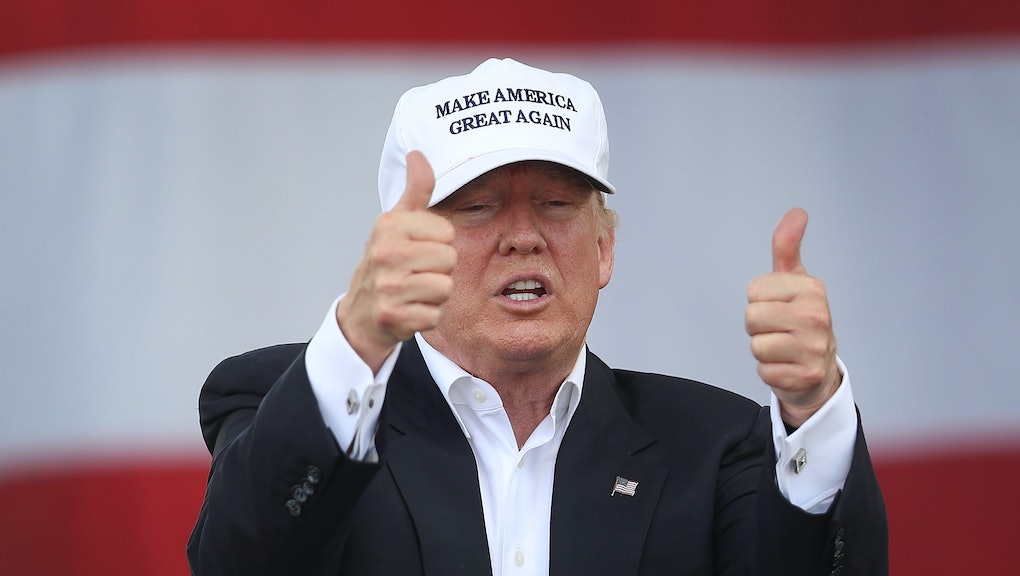 According to "liberal Berkeley sociology professor" Arlie Russell Hochschild, the way Democrats have treated Trump's supporters is dehumanizing. Hochschild told the Post the perception among the pro-Trump crowd is that "we're the flyover state, people don't care about us, they don't know who we are ... In some of them you sensed loss and a sense of being invisible and unappreciated and insulted. That liberals just think they're rednecks."

Hochschild said this election season has worsened political divides in the country and "liberals bear the bigger responsibility, and the bigger interest, if they want to understand why the Democratic Party has lost so many blue-collar white voters."

Many commentators have drummed a similar beat in 2016: Liberals are to blame for Trumpism because their elitist attitudes have alienated working folks far from the richer, mainly coastal urban centers where the Democratic coalition is strongest.

On the conservative side, take for example the Federalist's Paul David Miller, who wrote earlier this year "progressives leverage their power in the media, the universities, and the courts to enforce their code of political correctness on the country." The Daily Beast's Tom Nichols wrote liberals see "conservative objections as aberrations, not as the views of half the population" and that this has "radicalized otherwise more centrist people." In the Wall Street Journal, Louisiana Gov. Bobby Jindal blamed President Barack Obama for alienating right-wingers.

For some on the left, variations of this argument may have some appeal due to its seeming nuance. On the right, it's a convenient way to explain away how a bigot took control of a party that was veering right long before him. But it's wrong. Trump's base — the people who drove him to victories in the primary and comprise his core supporters today —  aren't primarily poor working folks.

They're primarily bigots invigorated by his voracious racial and misogynistic bomb-throwing.

An analysis by FiveThirtyEight of GOP primary exit polls earlier this year found Trump supporters have a median household income of $72,000, significantly higher than the national median of $56,000. This pattern held true in all 23 states FiveThirtyEight examined. It also found lower income folks were underrepresented in the Republican primary compared to 2012, when the GOP ran Massachusetts governor and former corporate raider Mitt Romney.

"On average in states where exit polls were conducted both this year and in the Republican campaign four years ago, 29% of GOP voters have had household incomes below $50,000 this year, compared with 31% in 2012," FiveThirtyEight wrote.

Here's another example: In 2014 in the Huntsville, Alabama, metropolitan area, the richest in the state, median household income was $38,070. FiveThirtyEight's analysis found the median Trump supporter's income in Alabama was $58,000 — about 52% higher.

$58,000 for Trump voters in Alabama was the lowest of Trump supporters' median income in any of the states studied. For comparison, the national median household income from 2010 to 2014 was $53,482. So on average, even relatively poor Trump supporters tend to make more than the typical U.S. resident.

Another massive Gallup study did find that while Trump supporters are less educated and exhibit some signs of economic anxiety such as low intergenerational economic mobility, they nonetheless tended to be wealthier than the average American and racially isolated in white enclaves.

Subsequent polling has reiterated the importance of the racial angle, with a significant if not majority slice of Trump's core supporters holding hostile attitudes toward Islam, immigrants and black people. Since Democrats actually perform well or competitively among working-class whites outside of arch-conservative regions like the Deep South and Mountain states, hostile racial attitudes (bigotry) are probably the most reliable predictors of Trump support.

Finally, as socialist magazine Jacobin recently noted, Trump's support and donation base draws heavily from the self-employed and small business owners, i.e. members of the petit bourgeois or bourgeois whose class interests are often uncomfortably linked to racial anxieties.

In other words, the stereotype of the core Trump supporter as an impoverished rural construction worker or laid-off factory worker isn't true. They're more likely to be the foreman or the retail manager — and specifically the kind that doesn't like hiring minorities or thinks killing terrorists' families sounds like a great idea.

Yes, working-class people and rural areas are getting left behind in the U.S. economy and aren't sharing in the post-Great Recession economic recovery. And it's clear that many working-class people have jumped on the Trump train simply through virtue of him being the nominee, however uncomfortably.

But all Trump offers in response to economic anxiety are racial boogeymen. His most ardent supporters are willing, complicit participants in a long U.S. history of exploiting racism to perpetuate economic injustice. His economic platform boils down to massive tax cuts for corporations and already wealthy while cutting government support for America's vulnerable.