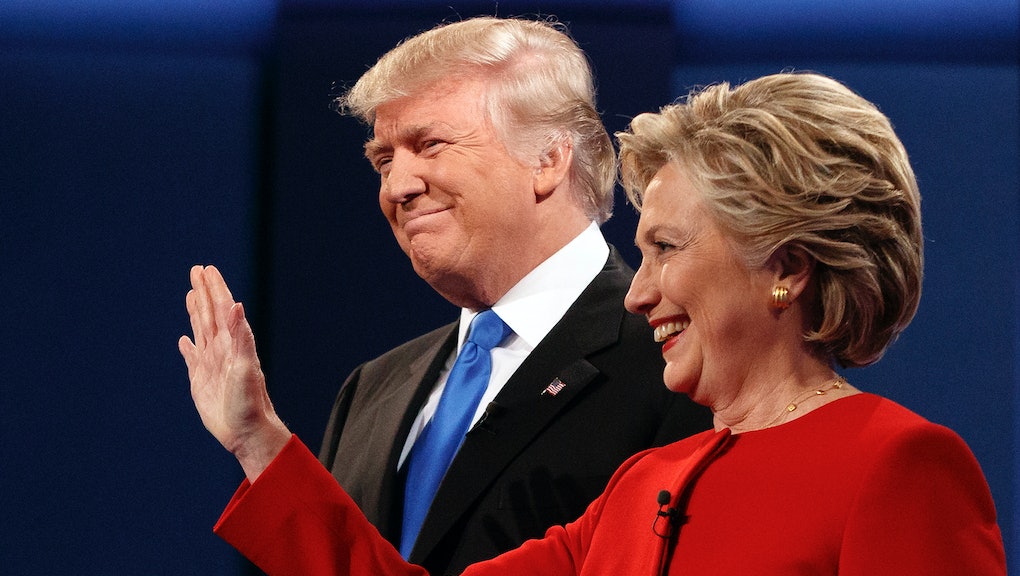 With five days to go until the 2016 presidential election, the race has tightened significantly. Still, Democratic nominee Hillary Clinton remains ahead — nationwide and in certain battleground states.

Wisconsin is one of the "tipping point states" that would help Republican nominee Donald Trump win the election. On Wednesday, Marquette University Law School released the results of its final survey before election day. The poll, which holds a lot of clout, showed Clinton leading by 6 points among likely Wisconsin voters, with 46% support to Donald Trump's 40%.

Early voters comprised 16% of the sample, 64% opting for the Democratic candidate and 25% having selected the Republican nominee. While a fair number of voters reported being "bothered" by the recently renewed controversy surrounding Clinton's private email server — 50% on Wednesday and Thursday and 60% on Friday, after FBI Director James Comey broke the news — those voters tended to be Republicans and Independents.

A CNN/ORC poll released Wednesday looked at key states Arizona, Nevada, Pennsylvania and Florida. In Arizona and Nevada, both of which are typically red states, the Republican candidate is ahead by 5 and 6 points respectively.

But in Pennsylvania and Florida — both of which the FiveThirtyEight ranks as statistically more important in securing a Trump victory — Clinton is in the lead. According to the CNN/ORC survey, her edge in Florida is small: 49% among likely voters to Trump's 47%. In Pennsylvania, that gap widens to 4 points.

Politico is tracking the candidates' progress in battleground states, aggregating and averaging the most recent poll results as they roll in. As of Wednesday morning, the outlet calculated Clinton's odds in the swing states at 45.8% and Trump's at 42.8%.

The electoral landscape nationwide looks much the same — Clinton's lead has shrunken from her 6-point, "Obama zone" margin to just about 2%, according to national averages from RealClearPolitics. But for all the panic over a tightening race, the current situation is far from atypical: Polling results increasingly mirror one another the closer one comes to Election Day, and typically show the candidates closing in on one another.

According to the FiveThirtyEight's analysis of polls, historical data and the economy, Clinton has a 67% shot of winning the 2016 election. Trumps odds are calculated around 33%. While this represents a small boost for him in the outlet's estimation, FiveThirtyEight has consistently placed Clinton ahead of Trump.

There are five days left in this election. If past days, weeks and months have taught us anything, it's to expect the unexpected. Given the many, many October surprises the candidates were dealt in the past month alone, a November surprise wouldn't be, well, surprising — we nearly had one on Wednesday. It's not over until we've all cast our ballots, but for now, Clinton looks to be in the lead.