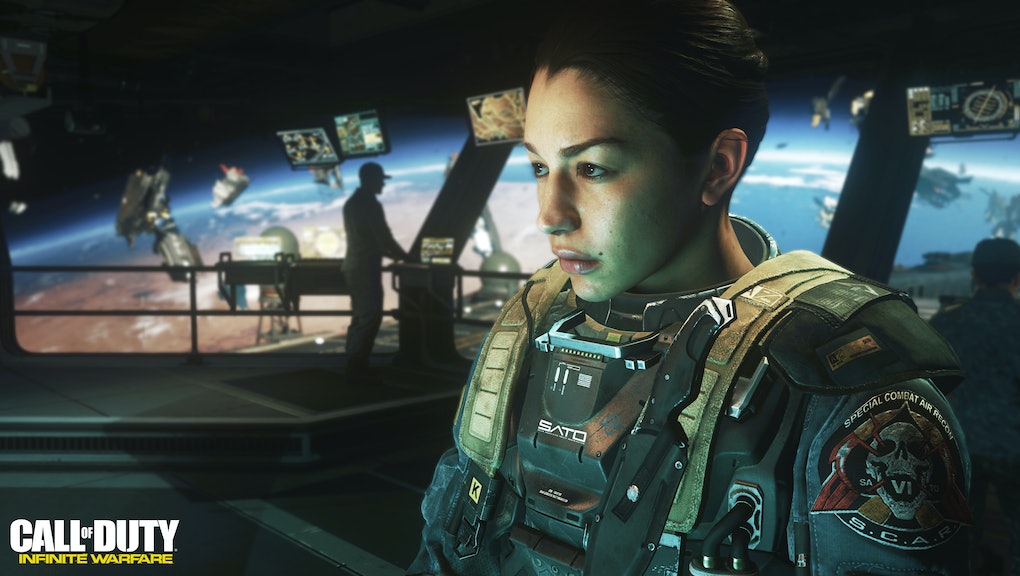 The new Call of Duty: Infinite Warfare is almost upon us, and from the sounds of it, it's doubling down on its stereotypically collegiate male demographics with a super-punishing difficulty level called "YOLO mode" — because really, at this point, who else but college bros are still saying "YOLO"?

What the hell is CoD: Infinite Warfare's YOLO mode?

YOLO mode is a special difficulty level of the Call of Duty: Infinite Warfare campaign where a single death means having to restart the game from the very beginning — get it? You actually, literally, only live once — which makes the goofy name a little more forgivable.

YOLO mode won't just be handed to you, though. You have to earn the right to get your ass kicked over and over by completing the campaign in "specialist mode," which sounds just as hard, honestly.

There are a number of changes to the campaign in specialist mode, which are reproduced here from Activision's blog:

• You can only heal with Nano Shots, there is no health regeneration in this mode.

Call of Duty: Infinite Warfare will be available Nov. 4 for PS4, Xbox One, and PC.