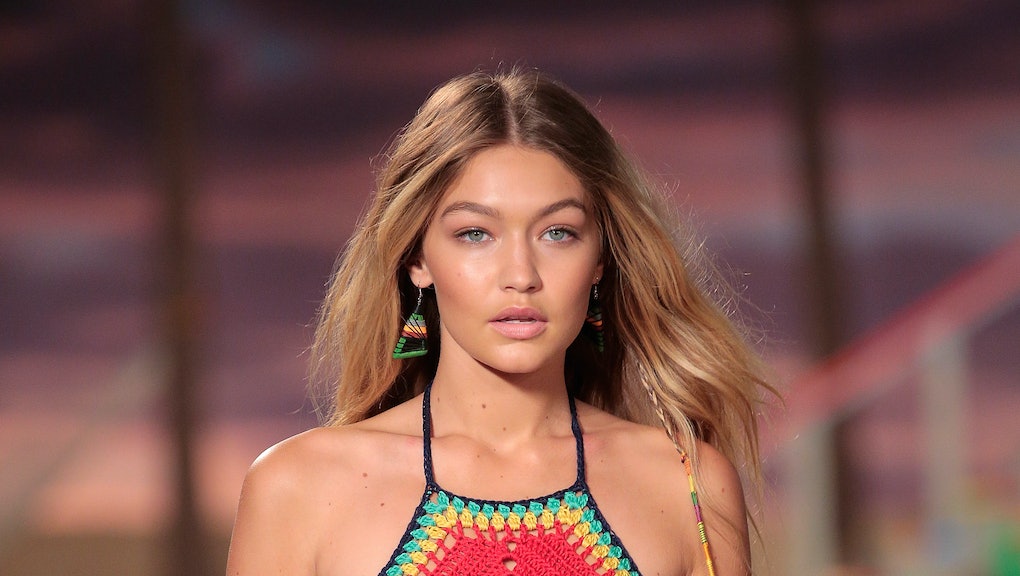 Gigi Hadid, a woman known for her svelte physique who has been named one of the most beautiful women by People magazine, was once called out for not being thin enough for a fashion show.

This Earth-shattering revelation comes from a new interview with Tommy Hilfiger, who admitted that in 2015, his casting director for his New Fashion Week show said that Hadid wasn't "quite as thin."

But that didn't mean that Hadid, one of the world's highest paid models, was turned down for the show, unlike the likely hundreds of other models who maybe don't have famous parents or who are actually plus size.

Instead, Hilfiger just put her in a rather large poncho, and let her stomp down the runway and get paid for it.

"It covered a lot of her body unfortunately, but it received millions of hits," Hilfiger noted.

Also, as Hilfiger stated, he felt guilty about the whole situation, so as a consolation prize, he offered Hadid a chance to design an entire collection with him.

And this September, it hit the runway at NYFW at a show complete with a ferris wheel and donut cart. It created a flurry of press even before the show debuted.

Though it's certainly puzzling how a woman like Hadid could still be body shamed, she's no newbie to this criticism. In 2015, she defended her body on Instagram, writing, "I represent a body image that wasn't accepted in high-fashion before... Yes, I have boobs, I have abs, I have a butt, I have thighs, but I'm not asking for special treatment. I'm fitting into the sample sizes."

The possible good that could come from this story is that Hilfiger becomes aware of the fact that 1) his fat-shaming casting director was a bully and 2) even if a woman doesn't meet his typical, outdated model standards, putting her in a massive poncho isn't the answer. Celebrating her is.